Actor Casey Affleck is under fire from a producer who is claiming sexual harassment in a 2 million dollar lawsuit. 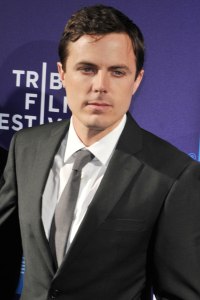 Amanda White is claiming Casey Affleck was less than professional during the shooting of I’m Still Here: The Lost Year of Joaquin Phoenix and made “unwelcome sexual advancements.” The producer listed a surprise shoot in a Las Vegas hotel room filled with prostitutes and transvestites as one piece of evidence to support her case.

Also listed in the complaint is Casey Affleck’s refusal to pay Amanda White her $50,000 producer fee because she would not sleep in the same hotel room with him.

Joaquin Phoenix and Magnolia Pictures recently acquired distribution rights to I’m Still Here: The Lost Year of Joaquin Phoenix but are not named in the lawsuit.

Casey Affleck on the defensive

“The allegations brought upon our clients are preposterous and without merit. Ms White was terminated from the production over a year ago. She and her lawyers believe that this maliciously and erroneously filed complaint will cause the producers to succumb to her outrageous and baseless demands. She is mistaken. The complaint will be vigorously defended and cross-claims will be filed against her.”

The claim against Casey Affleck is just one of many lawsuits coming out of Hollywood as of late. An extra on the hit series Bones recently filed a sexual harassment suit against actor David Boreanaz and a Twentieth Television producer.