Kelly Osbourne broke it off with Luke Worrall after he strayed, it has been reported, but the Dancing with the Stars underdog wants fans to let it go. 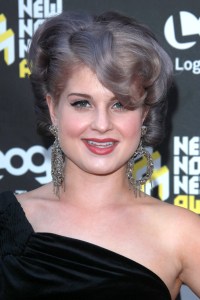 Kelly Osbourne used Twitter to express her feelings for former fiance, Luke Worrall, and hopes fans will feel the same.

“Please stop bashing Luke,” Osbourne tweeted earlier in the week. “I don’t hate him so why should you? We are still best friends, just not dating, so enough now.”

Kelly Osbourne was shocked over Luke Worrall’s indiscretion. An insider revealed to Us Weekly, “Everyone thought Luke was a real sweetheart. Sharon wanted to give him a piece of her mind but Kelly begged her not to. She wants a clean break and to move forward.”

Kelly Osbourne was hit with more sad news just days after the split. She came home to find her beloved puppy Woody had died.

Things can only go up for Kelly Osbourne as she’s been flaunting a new fit body and ever-changing hair styles, courtesy of her new-found confidence. Kelly Osbourne will be fine.