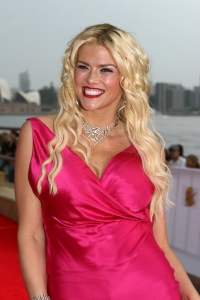 Superior Court Judge Robert Perry put prospective jurors on notice that the case was high profile and it’s likely they will already know about the life of Anna Nicole Smith.

Among those allowed to fill out a questionnaire in the first phase of the selection process — a professional who works with addictive drugs.

“I work for a hospital and I know what Oxycodone does to people,” explained a candidate. “I’ve had relatives that got hooked into it.”

When asked if she could review the evidence fairly she replied, “I think I could be fair.”

The prospective juror was then allowed to fill out the 14-page questionnaire and could wind up on the jury.

Another woman in the selection process couldn’t hold back her anger for Howard K Stern. The woman, a fan of Anna Nicole Smith’s former reality show, glared at Howard K Stern from across the courtroom and openly said she did not like him because the former Playboy model, “pushed him around and I thought he should have been tougher.” She was also asked to fill out a questionnaire.

In an unusual request, jurors in this particular case are required to provide medical histories and drugs they have used. It’s also being asked that they disclose if they or anyone they know have abused prescription drugs, and if they socialize with their doctors.

The hopeful jurors who fill out the form will return August 2 for in-depth questioning. The trial could last three months and opening statements are scheduled for August 4.