The rumored short list for the title role of The Girl with the Dragon Tattoo is out and even though she was reportedly being considered, The Twilight Saga star Kristen Stewart is seemingly out of contention. 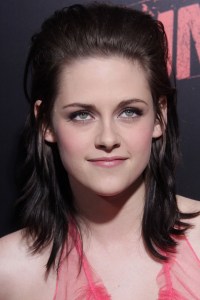 Entertainment Weekly has reported that the coveted role of Lisbeth Salander could be played by Inception’s Ellen Page or Alice in Wonderland’s Mia Wasikowska.

An Education’s Carey Mulligan was also thought to be in contention, but the actress apparently told the magazine she would not be playing Lisbeth. So, now, it really looks like it’s not going to be Kristen Stewart.

Other names on the short list for the David Fincher helmed The Girl with the Dragon Tattoo include Rooney Mara, who will star in the upcoming The Social Network and Emily Browning, who will be seen in next year’s Sucker Punch. Australian actresses Sarah Snook and Sophie Lowe are also being mentioned for the role.

Even without a leading lady attached, the expected release date for the film is reportedly December 21, 2011.