Angelina Jolie and Brad Pitt have faced their share of breakup rumors, but the power couple drew the line when a British tabloid set off a firestorm in January. Now, Brad Pitt and Angelina Jolie have won the libel suit they filed against the gossip rag. 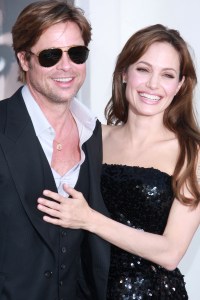 Last January 24, The News of the World broke the story that Angelina Jolie and Brad Pitt were finally through. The front page report entitled Pitts all Over referenced a December meeting with a divorce lawyer and claimed the couple had signed papers to divide their $322 million fortune.

When the paper refused to print a retraction, Jolie and Pitt fired back over the “false and intrusive allegations,” suing the rag for misuse of private information and a breach of Britain’s Data Protection Act.

It turns out, the couple had never even met with the referenced divorce attorney, Sorrell Trope!

Now, Angelina Jolie and Brad Pitt have won their suit and the British gossip rag is paying for their misstep. The News of the World finally agreed to print that retraction and Rupert Murdoch’s Newsgroup Newspapers Ltd will pay Jolie and Pitt’s legal fees, plus damages.

Though the amount remains undisclosed, word is the awarded sum will go straight to the Jolie-Pitt Foundation. “Today’s victory marks the end of the litigation brought by Brad and Angelina,” Brad Pitt and Angelina Jolie’s attorney Keith Schilling told the BBC.

The couple was not onsite for the big win. Last night, they were all smiles in Los Angeles on the Salt premiere red carpet and today, Jolie hits Comic-Con in San Diego to promote the film to fans.

Brad Pitt has been busy on the set of his upcoming film Moneyball, but there was speculation he would be at this morning’s Megamind panel at Comic-Con along with costars Will Ferrell, Tina Fey and Jonah Hill. Stay tuned!