From Salt to The Bone Collector: Jolie’s journey

SheKnows: You directed Angelina Jolie ten years ago. You have said that there is a difference a decade makes. How did you find Angelina on the set for Salt versus The Bone Collector? 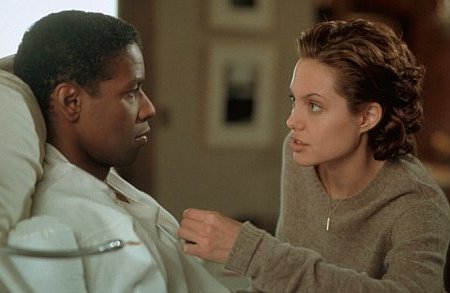 Phillip Noyce: She had the same fearlessness. Previously because she didn’t know any better. She was just youthful exuberance, I’ll try anything. Working with her now she did know better, and she had the confidence to not be afraid. She was up for trying things in the story, in the way sequences are choreographed and in her approach to the action sequences. The difference is, before, I was the teacher. Now, I realized she had a lot to teach me. Angelina became a co-storyteller in the best sense. She had matured as an actress and as a person. So, she was a co-conspirator in bringing the story to the audience.

SheKnows: We spoke to a few spies and security experts and one of them, former CIA operative Melissa Boyle Mahle really struck me. I asked what spy movies got it right. She immediately went to Clear and Present Danger. Melissa said that ambush scene was right out of one of her professional nightmares. When you hear someone like that who did it for a living, for real, and how they pay tribute to what you’ve done in a film, what do you think?

Phillip Noyce: You thank them, because it was one of the FBI agents at the Embassy in Bogota who completely laid out the scenario of that sequence, in the same way as Melissa provided so much detail — where an agent like Angelina would hide her weapon at home. The fact that she would always, always, always have an escape route planned, and a second escape route from her residence as a clandestine operative, the fact she would always have a bag packed and ready, so that she could flee, that the bag would already have the disguises, the money, the weapons that she needed to keep on the move and avoid detection. All of those details, you know, they come from asking them what it was like. They’re not imagined or imposed. They all come from the real spies.