Phillip Noyce knows Salt star Angelina Jolie from when she was a “wallflower” at a barbeque Noyce was throwing for his cast of 2000’s The Bone Collector. Now, Angelina Jolie and Phillip Noyce have reconnected to reinvigorate the spy genre with Salt.

Phillip Noyce sat down exclusively with SheKnows to discuss the finer workings of Angelina Jolie, the actress, from the perspective of history, as well as how his movie Salt ranks alongside his other spy classics, Clear and Present Danger and Patriot Games. Has Phillip Noyce found his new Harrison Ford in Angelina Jolie? 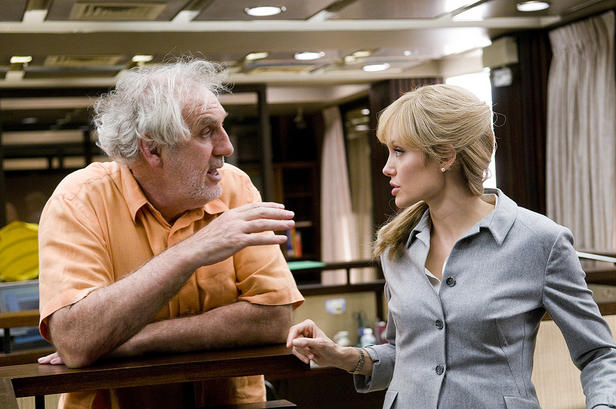 Unequivocally the answer is yes.

But Phillip Noyce has been making films for years, long since he left his native Australia with Hollywood dreams in his eyes. A simple sampling of the work Phillip Noyce has done is jaw-dropping: Dead Calm with Nicole Kidman in her first role, Sliver with Sharon Stone, the astounding Rabbit Proof Fence with Kenneth Branagh and Catch a Fire with Tim Robbins.

SheKnows: I saw you at the screening last night. What’s it like witnessing your film when it finally hits the big screen?

Phillip Noyce: It’s funny, it was me, Chiwetel Ejiofor and Liev (Schreiber) seeing it for the first time [laughs]. It was my first experience just sitting down in a theatre without stopping, starting, changing this or that. Although I did get up once [laughs]. I got up to ask them to turn the sound down, it was a little loud [laughs]. It’s so typical. They had the sound cranked right up, which is great, but I knew the film was going to get much louder [laughs].

SheKnows: I knew you had done quite a job when Liev Schreiber was watching the film and at several points was physically moved by the film to lean forward and put his elbow on his knee.

SheKnows: I thought that was a good sign that someone who was a part of Salt was physically affected by the suspense.

Phillip Noyce: [Laughs] It was so fun seeing Salt with them.

SheKnows: As a director, when you’re finally done and you have to give the film away to the world…

Phillip Noyce: You hate giving it out.

SheKnows: I wondered. Is there any, “Oh, I want to tweak that,” after the fact? 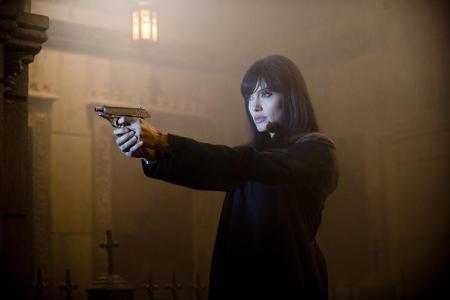 SheKnows: Do you get overcome by a sense of pride at that point or are you more simply soaking it in?

Phillip Noyce: No, you just sit down and try to enjoy the film instead of being burdened by it. Because for two years, it’s been a burden of decisions that have yet to be realized, or speculation. Now, it is.

SheKnows: With a movie like Salt that took two years of your life, with so many changes, especially with having a male lead and switching to the female lead, what was the biggest challenge for you personally? Or, maybe there were several. 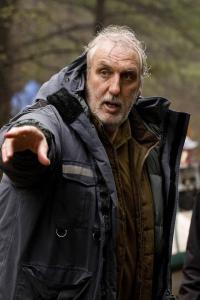 The biggest challenge was trying our aim of making a film where if you stopped the movie at any minute, anywhere in the story, and asked the audience to predict what would happen next, they would be wrong. That was our aim. There are so many movies out there now where you just know. After five minutes you know. And Hollywood believes it is in Hollywood’s best interest that the audiences have all of their expectations confirmed. It’s a truism. That’s driving the business out of the business. The audience is so savvy nowadays, I believe they don’t want expectations confirmed. I think they want them overturned.

SheKnows: What makes the difference?

Phillip Noyce: They’ve got so many choices in their own lives that they want stories to be multiple choice as well and to reflect the complexity of their everyday experience. This is now lived out on the Internet. It is so complex and offers such a diverse range of opinions that investigates identity in every stroke of the computer that we send out on Twitter and Facebook. It makes all of us into a spy.

SheKnows: You’ve done masterful work with spy films. What were some of the films in that genre that really spoke to you?

Phillip Noyce: Notorious and North by Northwest were the two prime inspirations for this movie. North by Northwest because the central character is on the run within a jigsaw partly of his own making which mirrors the experience that Angelina Jolie’s character goes through in Salt.

Phillip Noyce: Notorious because of the fabulous and simple cross-cutting between characters and imminent danger that Hitchcock did in that film — also, because of the emotional connections that we felt to the characters. Naturally, anyone who investigates this genre nowadays also owes a debt to Martin Campbell for reinventing Bond with a heart in Casino Royale [laughs].

Phillip Noyce: Obviously, you agree [laughs]. Also, we owe a debt to the masterful Paul Greengrass for his fine editing in the Bourne films and his other movies. He’s an enormous influence in the language of modern thriller and action movies!

Up next…Phillip Noyce tells us about the difference in his Salt star, Angelina Jolie, with ten years of life under her belt.