Salt stars Angelina Jolie in a role that was originally meant for Tom Cruise. After witnessing Salt, it is impossible to imagine Tom Cruise doing the role since Angelina Jolie kills as Salt. Of course, the gender of the character was changed, as was the name and a few plot points. Salt, in turn, is a perfect spy-thriller-action movie and an enormous amount of that praise lies on Angelina Jolie’s shoulders.

As directed by Phillip Noyce, the story of Salt (out July 23) is in impeccable hands. Phillip Noyce is the director behind Clear and Present Danger and Patriot Games. 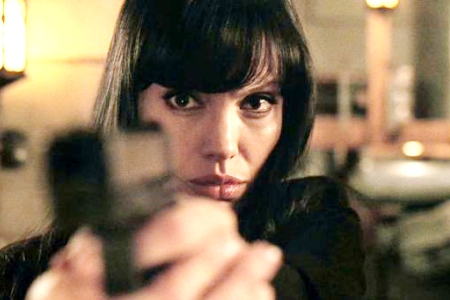 Noyce has a gift for capturing the spy film at its finest. Also, his work on Rabbit Proof Fence shows that he is equally adept at creating characters that explode off the screen, if not literally!

Caught between loyalty to his friend and fellow agent, Liev Schreiber brings a bottomless well of talent as an actor that is priceless in the dramatic chase that is about to commence. 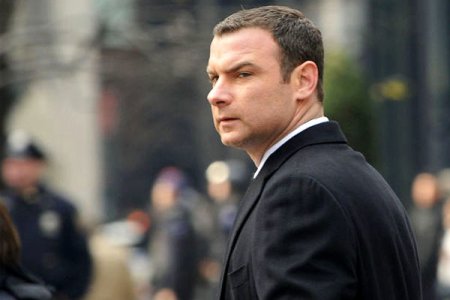 In the middle of the Liev Schreiber and Angelina Jolie spy game is UK actor Chiwetel Ejiofor. His Agent Peabody is convinced from the get-go that Salt is guilty of spying for the Russians and is part of a sleeper cell of Russian spies in the US. Not so convinced is Liev Schreiber’s Agent Winter. As they pursue Salt, the cat and mouse game of proving Salt’s innocence gets complicated as the evidence seems to mount against Angelina Jolie. Salt’s running away from her accusers also does not paint the picture of an innocent individual.

Salt takes the viewer on a roller coaster ride of questions that only produce more questions as the action film progresses. By its conclusion, Salt answers the audience’s inquisitions in the most satisfying of ways while simultaneously compelling the desire for more Salt. As the film concludes, it is hinted that Angelina Jolie and Salt are not finished on their personal mission. We, for one, hope Salt gets its chance for more in the form of a sequel. 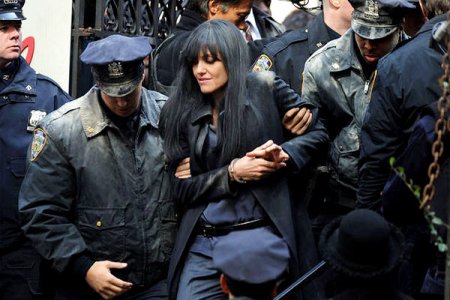 Angelina Jolie has found her long sought-after James Bond role and the Oscar-winner has never been better in an action movie role. We would follow her anywhere.