George Clooney will receive his first Emmy at the 62nd Primetime Emmy Awards on August 29. 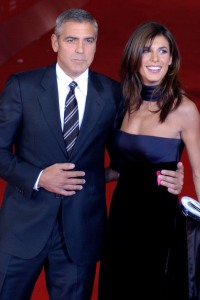 George Clooney, who may be known best for his charming portrayals, infamous bachelor status, and practical joker reputation, will receive the Bob Hope Humanitarian Award.

According to The Hollywood Reporter, George Clooney will be recognized for his work on the Hope for Haiti TV special (which is nominated for an Emmy Award), charitable endeavors for the victims of Hurricane Katrina and efforts to raise awareness about genocide in Darfur.

The fourth recipient of the award, George Clooney was called “an obvious choice” by the chairman and chief executive of the TV academy, John Shaffner, due to his use of television to encourage people to get involved.

Although nominated twice for his portrayal of Doug Ross on ER, the Emmy statuette has eluded him. George Clooney won an Oscar for his supporting role in Syriana in 2005.

Now that he will have both an Emmy and an Oscar, George Clooney is halfway to his EGOT, which stands for Emmy, Grammy, Oscar and Tony. Notable EGOT winners include Rita Moreno, Audrey Hepburn, Mel Brooks, Whoopi Goldberg, Barbra Streisand and Liza Minnelli.

Perhaps it’s time for Clooney to tackle Broadway. Who’s in for The Facts of Life musical?