Paris Hilton has once again been detained over pot. 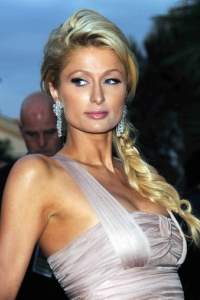 Paris Hilton was previously questioned by the South African police on July 2, but was cleared of smoking pot at the World Cup. At that time, her rep called the incident “a complete misunderstanding” and the issue was quickly dropped.

With that incident behind her, Paris Hilton continued on with her travels, but her alleged marijuana use followed her, threatening to derail her plans. People.com reports she was held by police on the French island of Corsica after less than a gram of marijuana was found in her purse.

Arriving from the city Paris, the person Paris, was stopped in Figari airport, but was released without being charged.

While the celebutante’s rep wasn’t available for comment on the most recent pot bust, Paris Hilton herself chimed in via Twitter. “Just to put an end to these rumors. The stories saying I have been arrested are completely false! I am having the best vacation of my life! What an amazing summer! I feel so blessed and grateful for everything. I love life! Now let’s move on and everyone focus and enjoy their own summer time!”

She seems to be following her own advice, as she hasn’t let her run-ins with foreign police ruin her vacation. She went on to visit Sardinia, Italy, where she tweeted, “Just finished shopping in town at Prada, Versace, Roberto Cavalli and some really cute little boutiques. Back to the yacht for movie night!”