Despite attempts to unsuccessfully hide their connection, like many rumored celebrity couples before them, actress Cameron Diaz and Yankees star Alex Rodriguez were spotted at New York’s 40/40 Club. 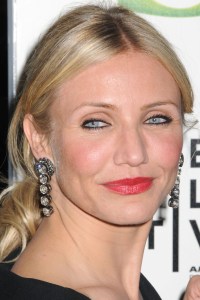 According to People.com, Alex Rodriguez and Cameron Diaz arrived separately at a 30th birthday party for Rodriguez’s teammate CC Sabathia and strategically stayed away from each other throughout the evening. They even used the old arriving through different entrances trick, as Cameron Diaz came through the side door, while Alex Rodriguez boldly walked through the front.

An eyewitness told People, “It was obvious that they were deliberately avoiding each other. The two of them seemed hyper-aware that everybody was staring at them, waiting for them to interact.”

Remaining within eyesight of each other while keeping their distance, Cameron Diaz enjoyed the party, which included club owner Jay-Z and his wife Beyonce. Word is the Knight and Day star chatted up the singer, as well as the Yankees’ wives and proceeded to dance all night long.

Perhaps the undercover couple received some tips from the ultra secretive married duo of Jay-Z and Beyonce on how to successfully avoid each other in public.

Read on for more Cameron diaz