Working Comic-Con isn’t easy, with all those crazed fans pushing for face time with superstars such as Angelina Jolie! After celebs clock in to push their latest films, TV shows or video games, however, they can hit San Diego’s breathtaking beaches, go for a sail on the Pacific, hit one of the big industry parties or even head to Sea World. Who needs Cannes?

All the talk of late has been of Angelina Jolie and hubby, Brad Pitt, in town for Salt, but there are a host of other celebs on the sold out Comic-Con roster this year. The Megamind panel may or may not include Brad Pitt, but hysterical costars Will Ferrell, Tina Fey and Jonah Hill are scheduled to make an appearance. 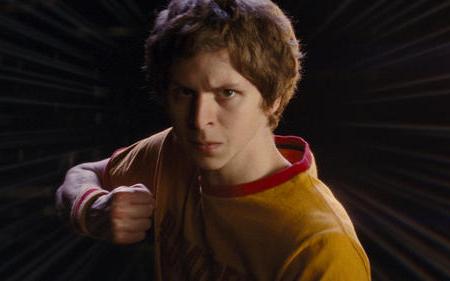 Other highlights include Jeff Bridges, on hand to promote the highly anticipated Tron: Legacy, and Bruce Willis and Helen Mirren, in town for the Red panel. Seth Rogen and Christoph Waltz will talk The Green Hornet and Anna Kendrick will talk Scott Pilgrim versus the World.

Natalie Portman and Kenneth Branagh are set to talk Thor, while Ryan Reynolds, Peter Sarsgaard, Mark Wahlberg and Blake Lively will be at the convention to promote Green Lantern. Scarlett Johansson could be around to keep hubby Ryan Reynolds company or even to make a surprise appearance for The Avengers.

TV’s fave adorable dorks like Zachary Levi (Chuck), Jim Parsons and his The Big Bang Theory costars and Seth Green (Robot Chicken) will be in town, as well.

As Trekkies everywhere already know, William Shatner is also in town and ready to party!

There are also major behind the scenes players in the mix, like Joss Whedon, Kevin Smith, Guillermo del Toro, Seth MacFarlane and JJ Abrams. 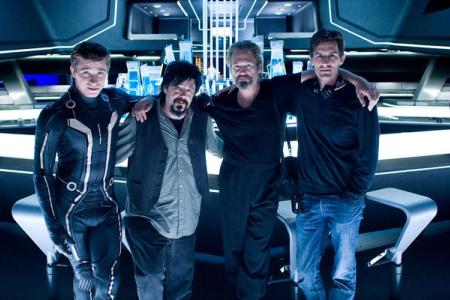 No surprise, with all these celebs and fans in the mix, San Diego is hopping with parties. With fans focused on the Comic-Con action and getting their party on at the Haunted Hotel, various tweet events, the Zombie Walk and other hot haps, this could also be the perfect time for the celebs to take in all San Diego has to offer.

Well, with Comic-Con sold out, maybe not. San Diego is sure to be packed to the gills this weekend! Luckily, most of those big celebs can afford to find their own private oases in Southern California, which is still nothing to sneeze at!