Lindsay Lohan turned herself in to begin her 90-day jail stint today, but that wasn’t the biggest drama surrounding the troubled star. The day before Lindsay Lohan surrendered, Robert Shapiro, quit as her legal counsel. 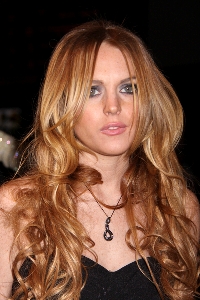 Things seemed to be going well for Lindsay Lohan in recent days, as OJ Simpson’s former attorney Robert Shapiro officially announced he would be representing the actress, and then she checked into the sober living facility Pickford Lofts.

The facility was started by Robert Shapiro, who lost his son Brent to a drug overdose in 2005.

Circumstances quickly changed, though, as Lindsay Lohan left Pickford Lofts as quickly as she entered and then lost her latest legal representation after Shapiro privately met with Judge Marsha Revel.

According to E! Online, Shapiro was unhappy with Lohan’s behavior at the sober living residence. A source told the entertainment outlet, “She was unruly. She was having people over at all hours of the night. She acted like she ran the place.”

Lohan’s previous lawyer, Shawn Chapman Holley, never signed the paperwork officially removing herself as the starlet’s legal counsel, which would explain why Holley was seen by Lindsay Lohan’s side as she turned herself in to the court earlier in the day.