Washington DC served as the home port for all those wishing to discuss the new thriller starring Angelina Jolie called Salt. Some of the world’s leaders in espionage, intelligence and counterintelligence gathered at the International Spy Museum moments after SheKnows saw Salt to discuss how the world of Salt is not so far from the world in which we live. 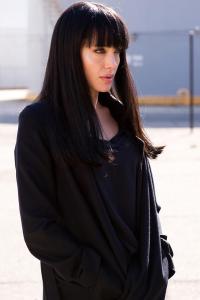 The Salt panel consisted of Tom Ridge, former Homeland Security Department Secretary and first leader of that department, and Melissa Boyle Mahle, the highest ranking female CIA operative ever, who was also a consultant on Salt. Boyle Mahle is an expert on the Middle East and one of only a few female CIA agents who spoke Arabic during the operative’s tenure at the Agency.

Also on hand was Kirk Whitworth, manager of media relations for the Homeland Security Department under the Bush administration and Major General Oleg Kalugin, a retired General in the KGB, who is now an American citizen after leaving Russia when he called Putin a war criminal for his invasion of Chechnya. Major General Kalugin is currently a professor at the Centre for Counterintelligence and Security Studies in Alexandria, Virginia.

The spies on Salt

SheKnows: Melissa, as a former CIA operative, not as a film consultant, what struck you most about Salt?
Melissa Boyle Mahle: I saw the movie a couple of weeks ago and having worked on the film with the director, actors and screenwriters, it really transformed in the making and thinking. I was on the edge of my seat the whole time because I wanted to know what happened [laughs]. I was very impressed and thrilled and I think simply pleased because it’s a good capture of what it feels like to be a spy. 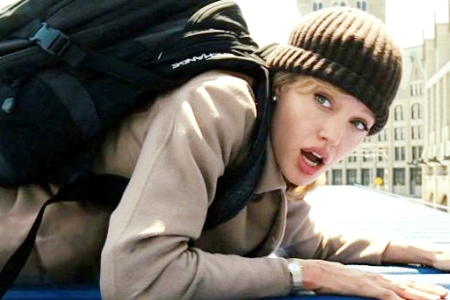 SheKnows: Secretary Ridge, what about you? Did the film hit close to home, especially considering the recent arrest of a Russian spy ring here in the US?

Tom Ridge: Yes, the whole notion of there being double agents working in the United States is something we’re quite familiar with. It looks like it was a double agent that was responsible for seven CIA agents being killed in Afghanistan. The notion that there are double agents operating in the US is consistent with everything I’ve come across. What I found fascinating about the film was that it took a while to figure out in my own mind which side she was on — I can’t wait for the sequel [laughs]. I figured it out so they’re going to have to be more masterful the next time around [laughs]. I thought it was well done and Angelina dominates the film. I was grateful to be invited to participate with some experts who helped in the making of Salt. It set a fascinating tone.

Tom Ridge: It’s action packed, edge of your seat. Throughout the entire film, you’re wondering what side Angelina Jolie is really on. It’s a fun film.

SheKnows: Melissa, how did you affect the filming of Salt working with director Phillip Noyce?

Melissa Boyle Mahle: It was pretty realistic and it terrified me. That was one of the things working with the director, he said, “Melissa, I want to make this real.” So, that’s what we tried to do. Hollywood has to be fun and exciting, but it also needs to capture espionage, which is fundamentally a chess game and make it thrilling.

Oleg Kalugin: A villain of who [laughs]? The main character in the film was a true powerful Russian woman who could do anything. 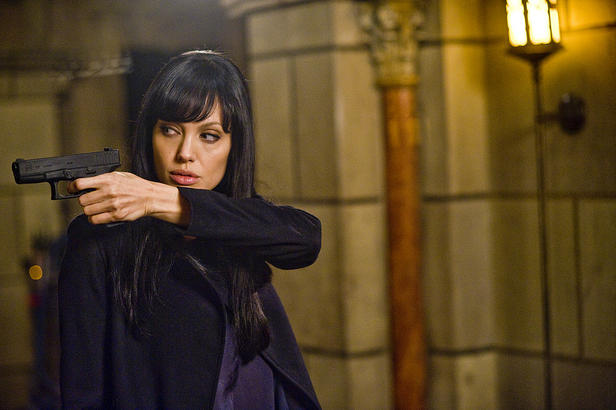 SheKnows: The timing of the arrest of a sleeper cell of Russian spies with the release of Salt is impeccable.

Melissa Boyle Mahle: I was very impressed with the power of Hollywood to arrange this [laughs].

Kirk Whitworth: How long has it been since we heard about a Russian spy case? And here it is right before the movie comes out [laughs].

Oleg Kalugin: Well, the Russian version of what happened in the United States is that the Republicans are so eager to grab the White House and discredit the current President. The FBI, by some sources, has always been dominated by the Republican Party.

The spies on spy movies

SheKnows: What would you most like to impart to future filmmakers making spy movies?
Melissa Boyle Mahle: It’s a constant tussle (having them) get rid of the cell phones. It’s important to Hollywood to know that. Cell phones are an operational threat. A lot of talking on the phone in the movie, that’s not necessarily not accurate, but it’s not great spy craft.

Kirk Whitworth: The Homeland Security and Department of Defense also have those liaisons to Hollywood because what the media does, especially Hollywood, makes a big impact on recruiting and what people think of the agency.

Melissa Boyle Mahle: Also, there is one job at the CIA, a really cool job — the CIA advisor to Hollywood. That’s their job to interface with movies. What a job!

SheKnows: What spy movies have struck a chord with you?

Melissa Boyle Mahle: I personally have a hard time watching spy movies because I spend too much time worrying about the details and whether they got it right or wrong instead of enjoying the entertainment factor. It’s an occupational hazard. I don’t see a whole lot. Probably the reason I’m a consultant on Salt was in talking to the director and not realizing he was the director of Clear and Present Danger, I was telling him about this film I saw once and it stuck with me for a decade, this one scene. It’s my nightmare scenario, watching it terrifies me. I can’t tell you how many times I’ve been in this situation in my life. It’s in Clear and Present Danger, it’s the ambush scene. It’s terrifying for an operations officer. I remember moving senior officials, including the President, down roads that are just kill zones. But, you have to go because they want to go somewhere else and there’s no other way to go. 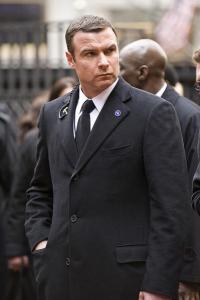 Tom Ridge: I watch most movies for entertainment, but Salt seemed to inform more than most. There was quite of bit of reality to much of the film.

Oleg Kalugin: There was one movie I was really impressed with about East Germany, The Lives of Others. That’s one of the best movies I have ever seen.

SheKnows: The Cold War presented all sorts of opportunities for Hollywood for many years. It’s laid dormant for years. What can you site as changing the way spies do business?

Melissa Boyle Mahle: 9/11, 9/11 changed this world. We like to talk about the Cold War because we grew up during it. It’s important to know that 9/11 has taken over the narrative. That’s what Hollywood has embraced. They’re talking about terrorism, not Cold War stories. That doesn’t make it any less important. Frankly, from an intelligence perspective, the lessons we learned during the Cold War are very applicable today.

Oleg Kalugin: It still is at work, we just don’t hear about it.

SheKnows: How does one become a spy?

Melissa Boyle Mahle: Perhaps Oleg should answer this, but I’ll tell you this, I was the accidental spy. I didn’t see it coming. They recruited me and when they finally told me it was the CIA, I thought, “Wow!” [Laughs] That’s the truth. You have to be a superstar. You have to have great academic performance. You’ve got to be really smart. You have to be creative. You have to be tenacious. You have to have no fear. It’s a special type of person that takes on that job — someone who will dedicate 24-7 to national security.

Tom Ridge: It helps if you have some linguistic ability as well. I think right now in terms of recruiting, Melissa correct me if I’m wrong, [they look for] college graduates with a good academic background, obviously certain physical capabilities and psychological strength. 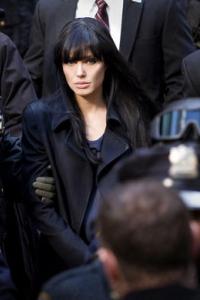 SheKnows: Melissa, how was your experience working closely with Angelina Jolie to ready her for the role of a spy?

Melissa Boyle Mahle: First of all, I was impressed by her professionalism. What she wanted to get her mind around was how a CIA officer would feel in a situation of betrayal. She was interested in the motivation and the capabilities, what can they do. She was so engaged and immersed herself and sucked me dry for information.

SheKnows: Lastly, Melissa, as the CIA trained operative who advised the filming of Salt, are you pleased with how it came out?

Melissa Boyle Mahle: When I watched the film, I was also watching in terror. My reputation rides on this [laughs]. The average American viewer will go to the movie and have fun. I have to think about my former colleagues — will I have to wear a bag over my head or not? I was thrilled by the movie in more ways than one. But, what it did is it captured what it feels like to be in an operation with deception and trying to parse through what’s real and what’s not real. And…how can you win? That’s what I liked about the movie. It was a fun, challenging thing for me to do. Phillip Noyce wanted to know what I thought because he wanted to make it real. It turned out to be a great movie.