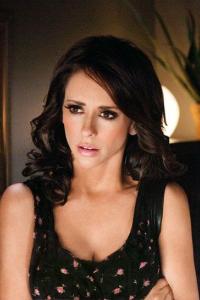 In the Lifetime Original Movie that alleges to be inspired by a true story, Jennifer Love Hewitt plays Samantha, a gorgeous licensed physical therapist and mom whose family is saved from the current economic crunch when she accidentally finds a gig as a prostitute.

“I didn’t realize how judgmental I was about [prostitution],” Jennifer Love Hewitt told USA Today. “As I kind of got into playing it, you start to understand. I was really interested in the fact that there are more housewives and women going into the sex industry than ever before. I always thought that it was something they chose, but in my character’s case, she’s left with no other option.”

Both Samantha and her hubby Rex (Teddy Sears) are out of a job, but the hot mom finds work at a nearby massage studio. Turns out, her new coworkers are offering quite a bit more than simple massage therapy!

Desperate to provide for her family, Samantha gives in and decides to offer her own services to local wealthy and powerful businessmen. Needless to say, she’s a hit in the world of lingerie, handcuffs and whipped cream and the money starts rolling in.

“Given where we are economically, it’s an interesting story… this is the most recession-proof business there is!” Jennifer Love Hewitt told Us Weekly. “It’s really a movie about the human condition, and the heart and where life can take you.” 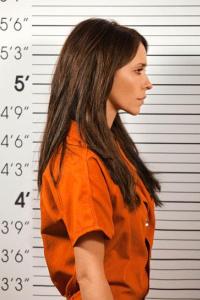 Of course, that salvation takes a turn when the police raid the business and Samantha’s arrest is televised. Her hubby and mom (Cybill Shepherd) may not recover from the shock, horror and embarrassment, but in an effort to stay free and put her life back together, Samantha becomes a key witness in the case, naming high-profile johns and bringing the small Texas town to its knees.

Like her new character, Samantha, Jennifer Love Hewitt has had quite a time of it separating her career as an actress from her looks and busty figure. Since the child star blossomed into a buxom woman, the attention Hewitt gained has mostly been positive, with various mags dubbing her as the hottest, but there was also that now infamous unflattering bikini shot that led to an uproar.

In spite of her rep for being hot, however, Jennifer Love Hewitt has been drawn to playing good girls. There’s no denying her wardrobe in The Ghost Whisperer played to her, well, attributes.

That said, however, this will be Hewitt’s first run at playing naughty. Perhaps the hot factor is what initially drew her to the character, who, as the story goes, was so gorgeous she was never quite taken seriously.

“I was initially hesitant [about the role], because it was something different than I had ever done before. But once I got into the story, I was like, “Wow, there’s so much here.” I love who Samantha is as a person. I love that you can judge her and root for her all at the same time,” Hewitt says.

The reviews thus far are not promising and the feminists among us are already cringing at the premise that this story all starts because this woman would do anything for her family.

See what the buzz on The Client List starring Jennifer Love Hewitt is about tonight, July 19, at 9 pm on Lifetime and let SheKnows know what you think.