Sheryl Crow is lending her voice to make yoga more accessible to children. Which leads us to an interesting backstory on the album: One man’s nut job is another woman’s champion. 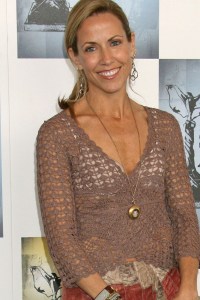 Back in 2008, Mike Myers, Jessica Alba and Justin Timberlake made an abysmal movie called The Love Guru which went over like a fart in an ashram. The movie was offensively awful on every level, though primarily because of how terminally unfunny and puerile it was, but one man decided to use it as his soap box fifteen minutes of fame magnet before it was released.

Rajan Zed, a self-appointed Hindu leader who fronts the Universal Society of Hinduism (probably from his basement), launched an email spam campaign against the film until he was allowed to pre-screen the film and give it his (hollow) stamp of approval.

Rajan Zed then went on to foster a campaign against Angels and Demons but then slunk off quietly into the night. Until now.

Zed is back, this time with his happy face on, applauding the efforts of a group of musicians who have joined together to promote yoga for school kids.

Elbowing his way back into relevancy, Rajan Zed applauded the efforts of the musicians and urged other Hollywood and sports celebrities to come forward to help incorporate yoga into the lives of youth and children.

The Yoga Revolution ?CD is reportedly a 14-track mix that includes Irish folk music, rock anthems, bilingual world music, 5,000 year-old Vedic chants over hip? h?op beats, reworked kirtan and other grooves made for getting your Sun Salutation on.

Read on for more Sheryl Crow