Long gone are the days when Comic-Con was just about comic books and sci-fi geeks. For years now, the presenters have gotten progressively more mainstream. TV hits like Bones, Burn Notice and White Collar end up listed alongside the expected Iron Man, Batman, Transformers and video game panels. 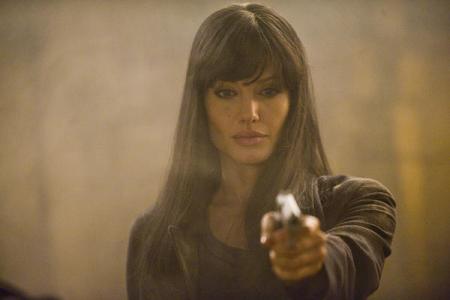 So, it’s no surprise the double identity thriller Salt made the lineup, along with sister flick Battle: Los Angeles.

What is a bit of a surprise is that the Salt panel, which promised “very special guests,” will allegedly include Angelina Jolie!

Salt hits theaters Friday, July 23 and fans at Comic-Con are in for a treat the day before the premiere. Action superstar Angelina Jolie will be part of Columbia Picture’s show July 22, according to The Hollywood Reporter.

Jolie’s new flick has everyone talking about how the humanitarian mom of six has completely blown through the glass ceiling of the action genre. Not only was Salt reportedly written for Tom Cruise, but uber sexy Jolie’s take for the project is $20 million.

Check out our interview with Angelina Jolie! 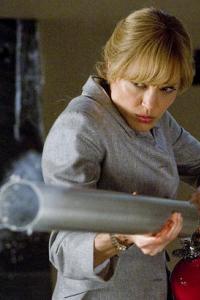 Angelina Jolie can demand such a high price because she has hit home runs with her five previous action flicks, Wanted, Mr & Mrs Smith, Lara Croft: Tomb Raider, Lara Croft: The Cradle of Life and Gone in 60 Seconds.

With Jolie in San Diego for the big conference, folks are now tittering over whether her hubby Brad Pitt will also hit Comic-Con to promote DreamWorks Animation’s Megamind. Megamind‘s other stars Will Ferrell, Tina Fey and Jonah Hill have been confirmed, but no official word on Brad Pitt.