Mel Gibson seems to have scored at least one victory in his current legal mess, as he was not denied access to his child with Oksana Grigorieva. 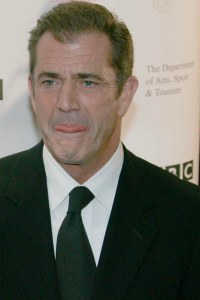 Oksana Grigorieva’s lawyers went to court on July 15 to ask the judge to strip Mel Gibson of all rights to their child. According to TMZ, that request was denied.

During their afternoon stakeout of the courthouse, TMZ also reported that detectives from the LA County Sheriff’s Department Special Victims Bureau were at the proceedings investigating alleged child abuse.

However, the original custody agreement that both parties signed off on earlier in the year was upheld, allowing Mel Gibson daytime visits and one overnight visit a week with his daughter, Lucia.

Perhaps the ruling had something to do with Gibson’s soon to be ex-wife, Robyn Gibson, who reportedly wrote a sworn declaration in defense of her ex.

In Robyn Gibson’s statement, filed with the court on July 15, Robyn stated that Mel never physically abused her or their seven children before, during or after their 28 year marriage. She also added, “Mel was a wonderful and loving father.”

While this is a positive ruling for Mel Gibson, the case is still open, as the sheriff’s department is still waiting and wanting to speak with the accused actor.