Despite rumors to the contrary, Penelope Cruz is not pregnant. 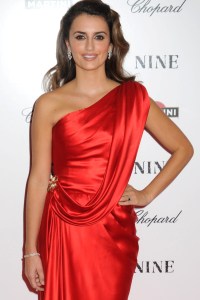 As soon as any celebrity gets married the baby rumors start buzzing. Penelope Cruz was no exception. After Penelope Cruz secretly married Javier Bardem earlier this month in a private ceremony at a friend’s place in the Bahamas, the baby bump watch began.

After Life & Style reported that she was in fact pregnant, Cruz’s rep firmly denied such claims.

Javier Bardem and Penelope Cruz starred together in 2008’s Vicky Cristina Barcelona, which earned the actress an Oscar. Even though they had been friends for years, after filming 1992’s Jamon, Jamon, the couple didn’t start dating until 2007.

Penelope Cruz is currently shooting Pirates of the Caribbean: On Stranger Tides. She plays Angelica, the daughter of Blackbeard, played by Ian McShane, who is the nemesis of Johnny Depp’s Jack Sparrow. The film is slated for a May 2011 release.

Javier Bardem can soon be seen in Eat Pray Love with Julia Roberts which premieres August 13.