The Sorcerer’s Apprentice tandem of Nicolas Cage and Jon Turteltaub possesses a partnership that has proven profitable. Their combination on National Treasure has resulted in two films that have grossed over $800 million globally.

Nic Cage and Jon Turteltaub’s third picture together, Disney’s The Sorcerer’s Apprentice, is right smack in the middle of Cage’s wheelhouse and the film’s most pleasant surprise is The Sorcerer’s Apprentice himself, Jay Baruchel. His character is a modern day Woody Allen meets John Cusack meets Jon Cryer and the actor finally has his perfect film. 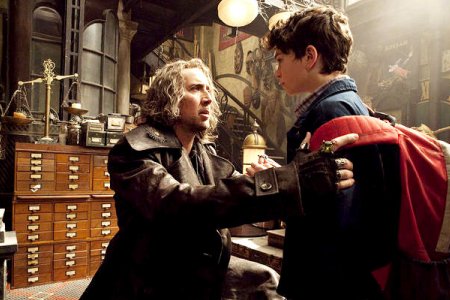 Inspired by the Disney short of the same name from the 1940 classic Fantasia, The Sorcerer’s Apprentice even pays tribute directly through a hilarious mop scene with Jay Baruchel trying to stop an enveloping mess that he had hoped would become cleaner by using a little magic — just as Mickey Mouse himself did decades ago.

Baruchel is a find. The promise he showed in She’s Out of My League comes to fruition with the backdrop of a Jerry Bruckheimer-produced, Disney enthused perfect summer movie. Jay Baruchel was pure gold vocally in How to Train Your Dragon and in The Sorcerer’s Apprentice he masters the Tom Hanksian feat of playing both powerful and puny when each is called for in a scene.

Now, let’s not forget our star, Nicolas Cage. Cage is an Oscar-winner sure, but of late has made a career of films that has him playing adjunct versions of a character he perfected in, ironically, the Bruckheimer produced Con Air.

But it is in The Sorcerer’s Apprentice that Nicolas Cage embraces his inner movie star without portraying shades of past characters. His sorcerer is scornful, hurt, lovelorn and determined. He has spent centuries searching for the heir to the metaphorical throne of Merlin. Yes, the Merlin! Cage’s sorcerer was a student of Merlin, who upon his death vowed to search for the one who would inherit the power to use sorcery to triumph over evil. 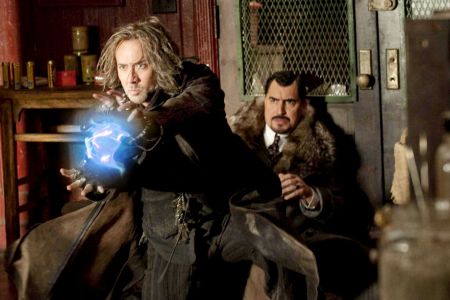 Enter Jay Baruchel. Perhaps it is because of Baruchel’s aw-shucks performance that kills, or Cage and Baruchel’s chemistry, but either way, Cage has not been better in a decade and the combination of him alongside Baruchel is a priceless summer buddy pairing.

Any summer film worth its salt (no pun intended considering Angelina Jolie’s Salt arrives July 23), will have a villain the causes chills by his or her sheer presence. Alfred Molina is said evil man in The Sorcerer’s Apprentice, but too often his forays into evil feel more camp than commanding. We adore Molina’s work and he can make a formidable baddie (hello Spiderman 2), but the audience never quite figures out what motivates his evil deeds more than simply jealousy. 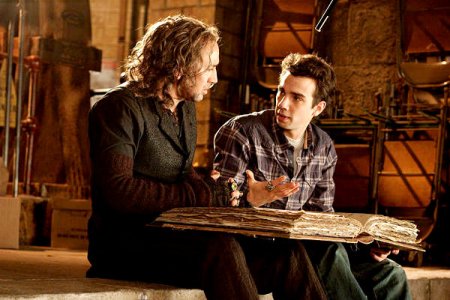 In the absence of a Harry Potter film this summer, those drawn to the magical meets magnificent will be pleasantly pleased by The Sorcerer’s Apprentice. The film is good fun, a wild ride and the perfect summer movie.

Read on for more the Sorcerer’s Apprentice