The MTV “reality” show The Hills has come to an end after a four year run. 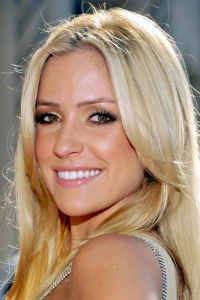 The Hills series, for better or worse (mostly worse?), gave us Speidi, Kristin Cavallari, Brody Jenner, Audrina Patridge and other “celebrity” personalities, and aired their last scenes of manufactured drama on July 13.

While Spencer Pratt and Heidi Montag were suspiciously missing from the finale, there was plenty of airtime devoted to all the major life changes the other characters were planning on making.

In a nutshell, Kristin decided to move to Europe, Lo and Scott moved in together, Audrina got a house by the beach, Stephanie sort of committed to dating Josh, and Brody pondered the twists and turns of his relationship with Kristin.

At Kristin’s going away party, Brody showed up and admitted he’d miss her. He even shed a tear and told her not to leave, despite his having a new girlfriend. There was no Ross and Rachel ending though, as Kristin was adamant about leaving for her non-specific European destination.

After saying their final goodbyes, Brody watched as Kristin was driven away with the Hollywood sign prominently displayed over his shoulder. But wait! That was no real sign, as the crew rolled the backdrop away revealing Brody was standing on a set and it was all fake. Talk about a surprise ending!

Oh, you Hills producers! How sly of you to leave the legitimacy of the series up to the viewers. Was there ever any reality to the show, or was it all make believe? Does it really matter?

Read on for more The Hills