Penelope Cruz and Javier Bardem secretly tied the knot over the weekend at a friend’s estate in the Bahamas. 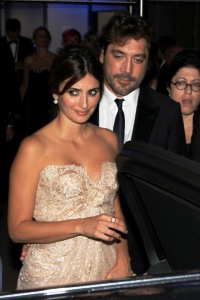 Penelope Cruz and Javier Bardem married at a small wedding with only family members present and the bride wore a gown designed by longtime friend, fashion designer John Galliano.

Keeping their relationship secret has been a priority for the Spanish couple. They are rarely seen together in public and have refused to confirm they were even dating or had become engaged.

Penelope Cruz and Javier Bardem starred together in the 2008 Woody Allen romantic comedy, Vicky Cristina Barcelona. Cruz won best performance by an actress in a supporting role for her role in the romantic comedy.

Forty-one-year-old Bardem won an Oscar for his supporting role for the 2007 crime thriller No Country for Old Men.

The Spanish couple have been together for nearly four years and met for the first time on the set of the 1992 comedy Jamon, Jamon, one of Penelope Cruz’s first acting roles.

Rumors circulated in 2009 that the couple had become engaged. Thirty-six-year-old Penelope Cruz has previously dated both Matthew McConaughey and Tom Cruise. No wedding pictures are available yet, but when they are, SheKnows will have them!