A fourth tape of Mel Gibson berating Oksana Grigorieva has been released, and it is just as damaging as the first three. 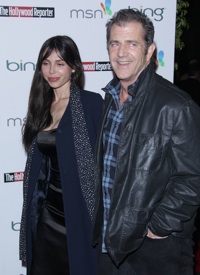 In the latest tape Mel Gibson laid off the racism but lights into his baby mama for not waiting up long enough to “take care of him.” He’s pretty ticked off about that.

He’s also mad about the Jacuzzi, his therapist and unmade beds.

Here’s the audio — and fair warning, it is definitely not safe for work and includes the kind of obscenities only Mel Gibson could come up with. Listen below!

Meanwhile, Oksana Grigorieva said since all this went down someone has been calling her house and leaving threatening messages.

According to TMZ, at least one of the calls “could be interpreted as a death threat.”

LAPD has been contacted but has not commented yet.