When Angelina Jolie enters a room, one has to stop for a second to mentally get your head around the fact that an international icon is sitting two feet away. That being said, there are few celebrities that we have spoken with who had more of an air of ease about them — one that was equally comforting and compelling.

Salt is the thriller of the summer! As directed by Phillip Noyce (Patriot Games, Clear and Present Danger), the spy movie gets a shot in the arm and much of the credit lies on the shoulders of Angelina Jolie. 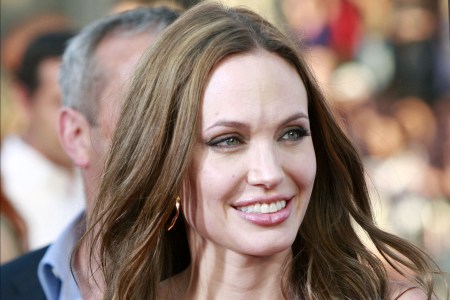 Noyce first worked with Angelina Jolie on The Bone Collector a decade ago and reported that whereas before, “I was the teacher and she was the student.” Now, “Angie had much to teach me.”

Angelina Jolie spoke candidly about her life with partner Brad Pitt and their six children. Jolie also was free in her ability to paint a true picture of what life is like at the Jolie-Pitt house.

SheKnows: There’s a lot of running in Salt — is being the mother of toddlers all the training you needed to get ready for the role? 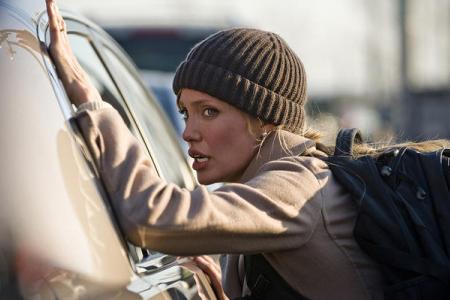 Angelina Jolie: Yes [laughs], the toddlers run fast. But, actually Z (Zahara) is the fastest in the house. They’re all over the place! And the twins are always going in different directions at the same time.

Angelina Jolie: I like to be very, very busy and I’m energized to do things. I don’t sit down well. I’m always reading something or thinking about something or going to make something. It’s not that I’m retiring, it’s just going to be less films that I make. I just imagine in the years to come I’d love to do other things. I’d love to live in Africa for six months and fly planes. I would like to see what else there is to do. Artistically, I’m sure there are other things to do.

SheKnows: Do you look forward to getting lines and getting older, honestly? 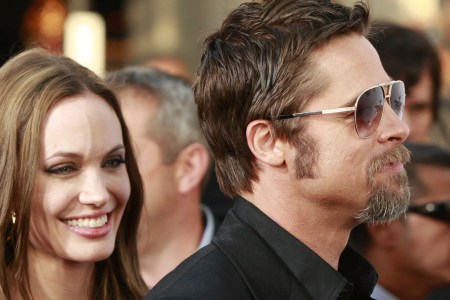 Angelina Jolie: Yeah [laughs]. I do. I like getting older. I think it’s because I lost my mother. There’s something about that, that you really appreciate being able to have history with the people you love. It becomes important to you. You want to see your grandkids. You want all those things. As it comes, there’s deep pleasure in it. I’m sure that’s also because I have a small family. I can relax into it. I do think age is beautiful.

SheKnows: What are your thoughts about being able to seamlessly move from action movies to dramatic, Oscar-earning roles?

Angelina Jolie: I’ve been so lucky to be able to do both action and dramatic films in my career. My audiences have accepted me in both.

SheKnows: Is it true that you had desired to do a James Bond-type role that Sony co-chair Amy Pascal was working on — and to our delight, it’s Salt? 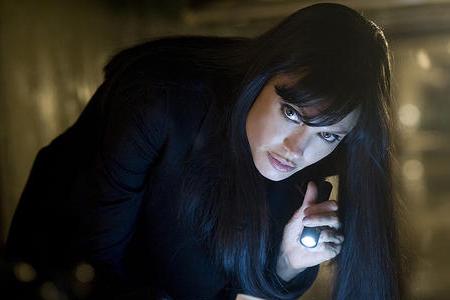 Angelina Jolie: She had me in for lunch and asked me about doing a Bond movie. I jokingly said that I want to play Bond [laughs]. She called me about two years later and said, “I think I found it.” She said, “His name is Edwin.” [Laughs] I thought it sounded good so I told her to send it over.

SheKnows: Did you have input into the gender changes since the role was originally intended for Tom Cruise when he was Edwin Salt?

Angelina Jolie: A lot. The obvious would be that it would be made kind of lighter for a woman in some way, or more loving. We went in a completely opposite direction. The original male script, in the end, he is able to save his wife and kids and able to say, “I love you. I’ll protect you and my heart is with you.” For a woman, that’s not going to be a big revelation. What would be a revelation for a woman? What would be a surprise for a woman? We started there. Also, she would never have a child. I just felt she couldn’t. Also, I think as a woman, you would wonder why I’m not taking care of the child. It would become a film about me and the child. That wasn’t something that suited the film. That was the first call: We don’t say I love you, and there is no child [laughs]. 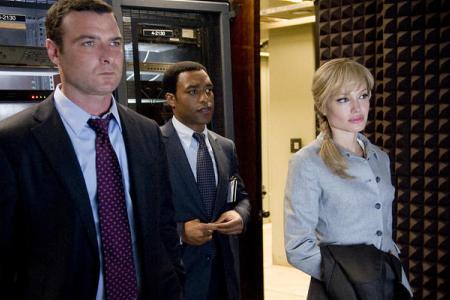 SheKnows: But you get a dog!

Angelina Jolie: [Laughs] Yeah, someone gave me a dog. I have to at least have a dog [laughs].

SheKnows: For the stunts, did you train? I know you have a stunt team that you’ve worked with for ten years. Is it effortless? Like the scene in Salt where you’re scaling the building 15 floors up, I know you have no fear of heights.

Angelina Jolie: I was up there! We did go into the training. Although, you can’t train to jump off something or climb out a window. That one was just: Get out the window! We trained all the hand-to-hand combat because we wanted it to be seamless. We didn’t want to piece it together in different edits. We wanted to do it from beginning to end, so we rehearsed it, completely.

SheKnows: Do you have moments when you’re filming an action movie like this where you ask, “What am I doing?” 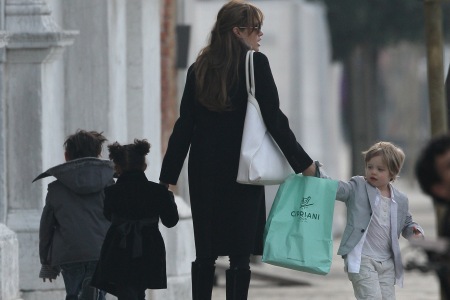 Angelina Jolie: I do! I remember my first day on the Salt set because I hadn’t worked for like a year-and-a-half. I was home and I had babies. I did my first day back and I thought, “What am I doing? I’m somebody’s mother.” [Laughs.] 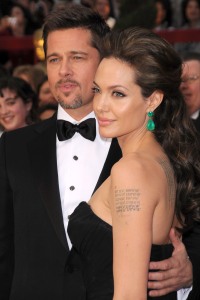 Angelina Jolie: I did track.

SheKnows: Well, there you go. Do you ever tell your family what you’re going to be filming the next day on Salt and they say, “Please don’t do that?”

Angelina Jolie: You know, I met Brad (Pitt) doing stunts together, so we are kind of that family. It is expected of mom to go out and be dangerous.

Stay with SheKnows for the second part of our interview with Angelina Jolie premiering July 20!