In a wicked twist in the Bristol Palin and Levi Johnston saga, the formerly estranged teen parents are now engaged. 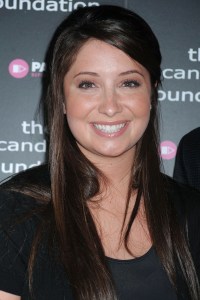 Even though Levi Johnston recently revealed “family secrets” about the Palins in Vanity Fair, posed for Playgirl and faux dated comedienne Kathy Griffin, it seems Bristol, who recently called him a stranger to her in a Harper’s Bazaar interview, has forgiven him for everything and taken him back. Oh, and Bristol Palin is set to marry him in spite of that all!

Continuing to chronicle their relationship in celebrity magazines, Bristol and Levi confided in Us Weekly, that they started the reunion process a couple of months ago after taking their son, Tripp, on a joint walk.

Levi Johnston shared, “I really thought we were over, so when I went, I had no hope. I think we both just starting talking — and then we took Tripp for a walk.”

Bristol Palin added, “When he left that night, we didn’t hug or kiss, but I was thinking how different it was. He texted me: I miss you. I love you. I want to be with you again. I was in shock.”

As for their engagement, Bristol Palin told the magazine, “We got engaged two weeks ago. It felt right, even though we don’t have the approval of our parents.”

Said parents, Todd and Sarah Palin, released the following statement on the Today show, “Bristol at 19 is now a young adult. We obviously want what’s best for our children. Bristol believes in redemption and forgiveness to a degree most of us struggle to put in practice in our daily lives.”

It sounds like Levi Johnston might need to do more than just apologize in People magazine to make things right with his fiance’s family. Maybe he should take his future in-laws for an extended walk when making up with them.

Read on for more Palin-Johnston news