As Inception arrives in theaters July 15, little is publicly known about the film other than what writer-director Christopher Nolan told the LA Times in January; that the enigmatic thriller revolves around “corporate espionage by way of dream invasion.”

Think of Inception as The Matrix meets James Bond with a side of Freud, starring Leonardo DiCaprio, Ken Watanabe, Ellen Page, Tom Hardy (in a star-making turn) and Joseph Gordon-Levitt. Got it? Good. Because that’s as much of a spoiler as you’re going to get. 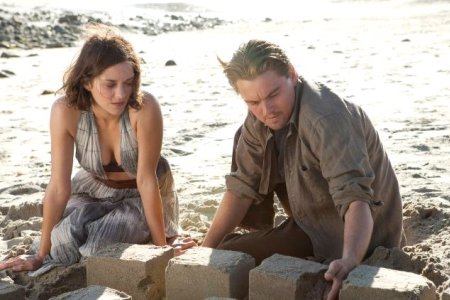 Before attending a screening of the hotly anticipated new film a few weeks ago, Warner Bros issued explicit instructions to all attendees not to tweet, Facebook, blog or otherwise spread internet word about the film before its release.

Usually when a studio issues that kind of edict, it’s because they realize they have a turkey on their hands and they don’t want any advanced negative word of mouth. But in the case of Inception, the veil of secrecy is actually a service to filmgoers. Living in the Google Age, most films are ruined before you ever step foot in the theater thanks to reviews that overshare, trailers that leave nothing to be discovered later and blogs focused on publishing every behind the scenes photo and possible plot point. 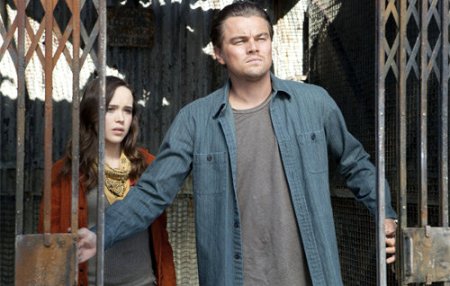 If that’s what you’re hungry for, you’ve come to the wrong place because elaborating on Inception’s plot will do nothing to enhance the rapturous experience of settling into a darkened movie theater to witness one of the best films of the year courtesy of perhaps the greatest director working in Hollywood today. This is a movie best viewed with a blank slate and an open mind — just sit back, relax and let it blow you away. And then dash back into the theater for a second showing.

Since Memento, there’s been no question of Nolan’s ability to create labyrinthine plots that are both mind-bending and heartbreaking. But Inception ups the ante to a blockbuster scale which surpasses the director’s dark Batman dreamscapes by leaps and bounds. 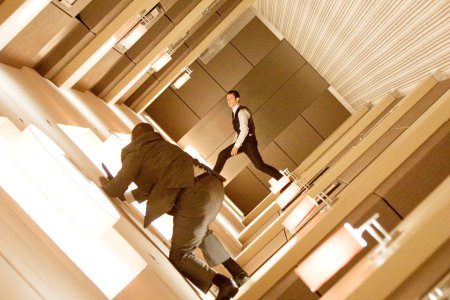 Inception is visually stunning, wonderfully acted and richly layered. It’s a film that deserves immeasurable praise (it will surely be heaped with accolades come award season) and multiple viewings. During the summer movie season, when audiences are too often told to switch their brain to auto-pilot, Christopher Nolan delivers a thoughtful, compelling, vividly woven film that may prove to be his opus.

The only thing you need to know about Inception is this: It’s brilliant!