With every episode of The Bachelorette, Ali Fedotowsky gets in deeper and deeper with her guys. After meeting the families of the four remaining Bachelorette men, Ali shed a few tears when it was time to send one home during the rose ceremony. Once families become involved, the stakes are even higher. 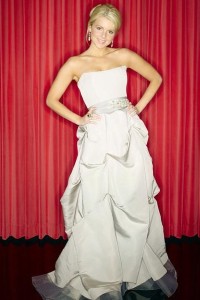 Ali Fedotowsky visited Roberto first in his hometown of Tampa, where they enjoyed spending time alone together before meeting the family. The sparks flew between Ali and Roberto when they arrived at Roberto’s baseball field at the University of Tampa and he changed into his old baseball uniform. Ali couldn’t contain herself at how hot she thought Roberto looked. After throwing the ball around (Ali was a decent ball player!), the two shared a picnic on the field and talked about what to expect from his family.

Roberto’s family warmly greeted Ali Fedotowsky into their home, but then Ali was asked some tough questions by Roberto’s dad, a former Army Ranger. He was extremely proud and protective of his son, and asked Ali specifics about her career goals. Also, he asked about juggling the career with family and how supportive she would be of Roberto’s career aspirations. Ali held her own and Roberto’s dad seemed to appreciate her candidness. After dinner, the family cranked up the music and danced the night away!

Next, Ali Fedotowsky moved on to Cape Cod to visit Chris. They met on the beach where Chris had grown up and enjoyed a stroll with his adorable dog even though it was raining. Chris seemed comfortable in his home environment and was excited to share his close-knit family with her.

Chris’s dad welcomed Ali with open arms into their beautiful New England home. Chris’s two brothers were there, along with one’s wife and one’s fiance. The family shared memories of Chris’s mom who passed recently, including the story of how Chris’s mom and dad met. Chris’s dad talked a lot about love and quoted his late wife’s favorite saying, “Love is the only reality.” Ali soaked in their wisdom and was impressed with how much this family supported one another.

Ali Fedotowsky then traveled on to Green Bay to visit with Kirk. Since Kirk’s parents are divorced and live completely separate lives, Ali and Kirk visited both households. First they started with dad, his wife and daughter. Kirk’s dad asked Ali to visit his basement, which was kind of creepy. Every inch was plastered in taxidermy, mounted heads and stuffed animals of every kind. Ali was shocked at first but took a polite interest, and the two had a great chat about Kirk and how he was ready for a relationship. 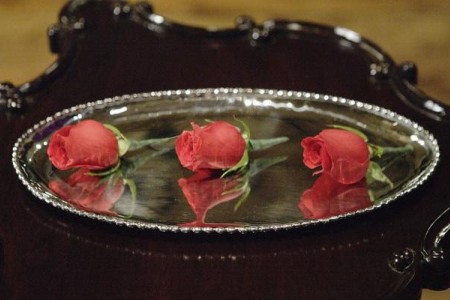 After Kirk’s dad’s house, Ali and Kirk went to mom’s house, where Ali enjoyed a delicious homemade meal cooked by Grandma. Kirk’s mom opened up to Ali about Kirk’s illness and how it was a difficult time for all of them. Kirk’s mom, sister-in-law and grandmother were all incredibly supportive and warmly welcomed Ali into their home.

Lastly, Ali went to Chicago to see Frank. They started off with an amazing boat tour of the city, but Frank seemed anxious and Ali encouraged him to open up about what he was feeling. Reluctantly, Frank shared that he was worried about the whole process and letting himself really fall for her, basically the same worries he’s expressed the entire series. He was nervous that after this experience of meeting his family, Ali could send him home tomorrow. He relaxed a little after Ali told him to not focus on that, instead think about whether she is the right person for him.

Ali really felt at home with Frank’s family who were warm, funny and relaxed. She enjoyed seeing him interact and show a different, more laid-back side of himself. Frank’s mom and Ali chatted about how comfortable Frank and Ali were together and discussed some of Frank’s hesitations.

Finally, it was time for the rose ceremony and a very distraught Ali could barely hold back her tears. She ended up sending Kirk home, not a surprise since she has connected more with the other three guys.

Next week the final three men meet up with Ali in Tahiti. The previews show what promises to be a very dramatic episode between Ali and Frank, who appears to break up with Ali! That leaves Roberto and Chris, two fantastic guys. Please, oh please, can whoever Ali doesn’t pick, become the next Bachelor?