SheKnows: We also talked with Teresa Palmer whom you chose as Jay Baruchel’s love interest in The Sorcerer’s Apprentice. Why her? What does she bring? 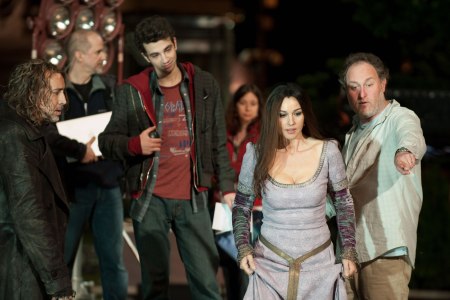 Jon Turteltaub: Teresa just exudes lightness, as in weight lightness and visual lightness. There is a heaviness to Dave’s life, a heaviness to what he’s going through. And if what he’s learning in the course of the movie is to believe enough in himself so that he can have a relationship, then that’s his journey. Ultimately, becoming a sorcerer is okay but becoming someone’s boyfriend and getting a girlfriend is always much more what we are all needing and craving in our life. And she’s the girl he has always wanted.

SheKnows: And Teresa just nailed that special girlfriend thing for you?

Jon Turteltaub: You want someone who is going to bring to his life what is missing. But, also, Teresa has a quality that makes her very real. Of course she is unreal beautiful. She’s stunning but there’s a very regular girl there. She’s not snotty or bitchy. She’s not too cool for school. She’s very real and that’s probably her Australian side coming out.

SheKnows: Nic Cage was saying that while you guys were in high school together, you two were up for the same part in a play and you got it. Why didn’t you keep on pursuing acting as an adult?

Jon Turteltaub: I could tell that I was a good student actor but not a good actor. There’s a level of commitment and self-confidence and a lack of shame that you need as an actor and I was always too self-aware and worried that I couldn’t fully let go like you’re supposed to as an actor. I was always too much in my head and not enough in my spirit. A good actor needs to connect with his spirit.

SheKnows: But why were you more comfortable with directing?

Jon Turteltaub: [Laughs] Because I was always directing even when I was acting. When I was on stage I wasn’t thinking about what I really felt in that dramatic moment, I was thinking “It’s cold in the theater. How come those people in the back are talking? Why are the actors late on their cues? The light isn’t on yet.” I was observing instead of being present.

SheKnows: What has to speak to you before you’ll take on a project? 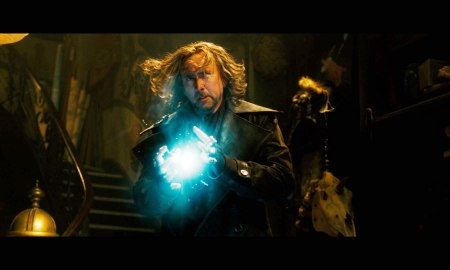 Jon Turteltaub: Two things. I have to like the characters in the movie and feel like I’d love to hang out with those people. And, I use some kind of intuitive barometer that says “I think if I saw the movie that I just pictured in my head, it would be a hit.” So, when I read a script and the version I just saw in my head as I was reading seemed like it wouldn’t be so good, I pass because my version would end up bad. I’m seeing it and hearing it too which is why it takes me about eight hours to read a script. I’m acting the whole thing out in my head like a moron!

SheKnows: You and Nic Cage have worked together a lot. You seem to balance each other out. How do you see that relationship? He’s more serious and you’re funny or what?

Jon Turteltaub: He is successfully bold and I’m successfully safe. I kind of know how to capture a lot of fish in one net. Where he’s like this barracuda who just goes nuts and can grab that one thing. He zeros in. There is a combo there that seems to work because he gets me out of my safe place and I keep him from going too bold.

Why women will love The Sorcerer’s Apprentice

SheKnows: Why would women really enjoy seeing The Sorcerer’s Apprentice? I guess we should ask your wife.

Jon Turteltaub: [Laughs] I could get going on what are my stereotypes of what women do and don’t like so I could say, “Go see the movie because you are going to see a very strong, sexy Nic. You’re going to see an extremely fun, charming Jay. You’ll see a great love story and it’s very romantic. And you get to see some great action that isn’t gross and violent and bloody. If you’re a mom, you’ll love it because you can bring your kids who will love it and you’ll like it as much as they do.”

Jon Turteltaub: The other thing I’d say is that we need to stop asking those kinds of questions because I think people like things or they don’t like things. It gets to be a feminist dilemma. Feminism has become a bad word for bizarre reasons. One of the Algerian World Cup players slapped a female reporter recently — big controversy. Women will have equality when they stop complaining that it’s wrong to hit a woman when it’s wrong to hit anybody. If it’s extra wrong to hit a woman, then there is a double standard. If we all want to be treated fairly and equally, then we need to step up. It gets insulting to women when we overplay the “what women want” aspects of it. Oh, I guess you won’t want to quote me on that.

Read on for more movie interviews