Director Jon Turteltaub, who has given us the popular National Treasure movies and the TV series Jericho, has just fathered two babies; his newborn son and the Disney sci-fi/fantasy adventure The Sorcerer’s Apprentice opening in theaters July 14.

If you are a working mom or hope to be one someday, you’ll want to get the male perspective from this busy new dad’s point of view. 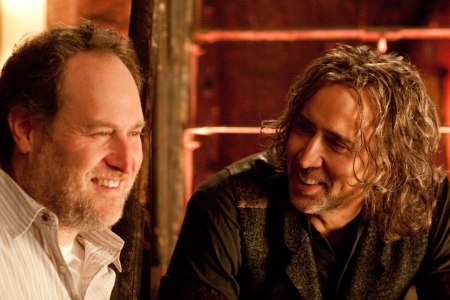 SheKnows was delighted to learn that Jon Turteltaub highly values his wife’s opinion on his work and is looking forward to the day when journalists stop asking “why will women like this movie?” and just ask why a film will appeal to everyone.

Sit down with us for our cozy Beverly Hills chat about family versus work responsibilities, why Nicolas Cage and Jon Turteltaub are a great team, why Jon hired gorgeous Aussie Teresa Palmer to play his Sorcerer’s Apprentice leading lady and more. Turteltaub greeted us wearing casual jeans and a long-sleeved dress shirt rolled up at the cuffs.

Jon Turteltaub: So SheKnows.com is a big website for women.

SheKnows: That’s right but guys visit the site too.

Jon Turteltaub: I know why. Because “She” knows everything! [He laughs.]

SheKnows: You were saying last night at the screening of the film that the person you were really worried about was your wife (TV producer Amy Eldon). Would she like it? Did she?

Jon Turteltaub: Yes, she liked it and was effusive and sweet and supportive. She was watching this big scene with visual effects and things blowing up and she said, “Halfway through the movie I thought: That’s where he was and then I’d yell at him when he came home that he wasn’t home on time and why are you late?” If I only knew what he was going through. She said, “You should have shown this to me earlier and I would have been much nicer to you.” 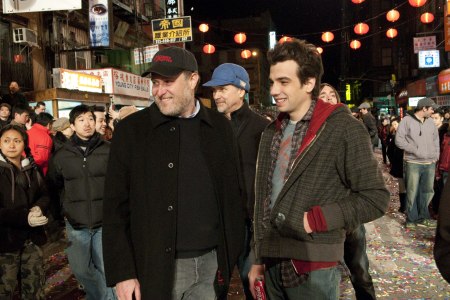 SheKnows: Awww. Does she read scripts that are submitted to you? Is she involved in your selection process?

Jon Turteltaub: I’ll ask her to look at stuff to be aware of things as well as get her opinion, especially when I’m sort of on the fence about something. With this work, we have to go through all this stuff together. We’ve just had our second kid who is now ten weeks old so you have to make choices between home and work.

SheKnows: So she was pregnant while you were shooting the film?

Jon Turteltaub: While I was editing it. The baby was born in the middle of editing the movie. The first baby was born at the exact same moment in the process on National Treasure 2. But, if there’s anything you learn making movies, it’s how to stay up all night working. So you come home from a 14-hour workday and then you change diapers and feed the baby because the wife is exhausted. But there are times, too, when you have to go out of town and she’s got the kids herself. You think, “Okay, am I being a bad dad or a bad director?” Neither is okay.

SheKnows: But can there even be a balance?

Jon Turteltaub: We can get all yummy and say “You’ve got to be a dad first.” But, you have a lot of responsibilities. We can sometimes overestimate how much you are ruining your life by being late to a day of shooting but we can also overestimate that if you don’t see your kid for one night, he’s going to hate you for the rest of his life. You go on. We can get a little precious in the movie business and say that what we’re doing is so hard. But you realize most couples are dealing with this stuff all the time whatever business they are in.

Up next: Jon dishes his Sorcerer’s Apprentice love interest for Jay Baruchel, Teresa Palmer and why he and Nicolas Cage have such a successful relationship.