Angie Harmon is back on TV with the July 12 premiere of her TNT series, Rizzoli and Isles. 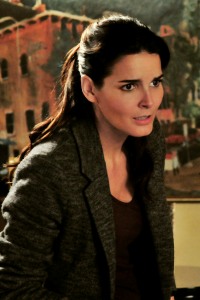 TNT is starting to give FX a serious run for its money as the best un-fancy cable channel (that leaves HBO and Showtime out) for original scripted content.

Not only did they save Southland after NBC stupidly canceled it, but Raising the Bar, Leverage, Dark Blue (I love you Logan Marshall-Green!), The Closer and Saving Grace are all excellent shows.

Hoping to continue their winning streak, on July 12 the network premieres Rizzoli and Isles.

Sasha Alexander is best known for her work on the first two seasons of NCIS while Angie Harmon started her career on Baywatch Nights (how crazy and old school is that?) and Law and Order. Most recently she starred on ABC’s Women’s Murder Club.