Carlos Santana got engaged onstage during the first leg of his concert tour on July 9 in Tinley Park, Illinois. Musician and philanthropist Carlos Santana proposed to jazz and rock drummer Cindy Blackman, former drummer for Lenny Kravitz, and Santana was clearly moved by the response. 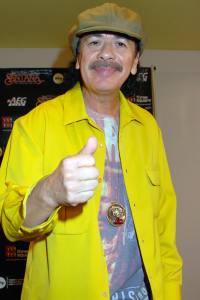 Four songs into the show and after Cindy’s drum solo on the song Corazon Espinado, Santana proposed. Cindy said yes, they kissed and the audience went wild.

“Cindy and I are blessed to have found each other,” said Carlos Santana.

“Being in love is a gift from the universe, and the spirit and vibrations that come with it are infinitely powerful. I look forward to expressing that incredible energy through my music, and in helping to tip the balance toward more love in the world with what Cindy and I share.”

Sixty-two-year-old Carlos Santana was married for 34 years previously and has had a four decade career.

In the 1990s his career waned slightly but he came back like gangbusters in 2000 to win nine Grammy Awards in total including Album of the Year, Record of the Year for Smooth, and Song of the Year. 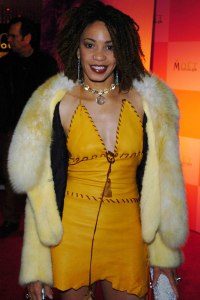 Fifty-year-old percussionist Cindy Blackman has recorded and toured with many well-known artists including Lenny Kravitz.

Carlos Santana recently opened a chain of high-end restaurants called Maria Maria which serve Mexican food. Santana will be 63 on July 20 and his next album will be released on September 21 on Arista Records.