Despicable Me wins the box office race by a landslide. The Twilight Saga: Eclipse performs as expected to land in second place. The 1980s reboot Predators makes a decent showing for third.

3D family fun continues to reign at the box office, with Despicable Me bringing in an impressive $60.1 million on its opening weekend. Only half the audience that turned out represented families with kids under 12, proving once again that you don’t have to be in the family way to enjoy family fun! 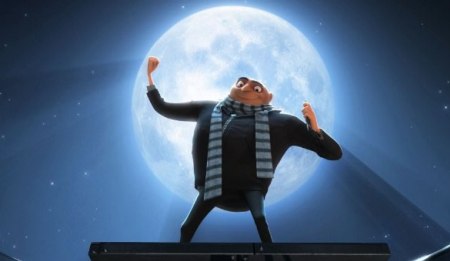 This win for Despicable Me is a big coup for Universal. Not only did this first effort from their label Illumination Entertainment score the highest opening for a non-Pixar or DreamWorks Animation project, but Despicable Me managed to do that after coming in at under half the production costs of those animation features from the dominators.

While Despicable Me offered an all star cast, headed by Steve Carell and including Jason Segel, Russell Brand, Julie Andrews, Will Arnett and Elsie Fisher, it lured audiences in with word of mouth praise and the help from those strange little yellow minions.

“All of the anecdotal evidence we had showed that people flipped for those characters and we knew we had to put them front and center in our campaign outdoor, in print and online,” said Universal Pictures Chairman Adam Fogelson.

With insiders projecting the film could reach $150 million, it’s no surprise Universal is already talking Despicable Me sequels. 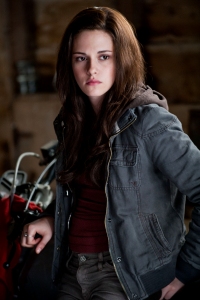 The Twilight Saga: Eclipse dropped to second place after only one week, but the drop in numbers is on par with its predecessor’s pacing and the vamps need not feel any shame. Eclipse brought in $33.4 million for a total of $237 million since opening. That’s on par with New Moon’s $235 million in 12 days. The Eclipse drama is doing even better than New Moon overseas, with $219 million.

The 1980s reboot trend continues to go strong and the newest re-make, Predator, hit theaters hard this weekend. With Adrien Brody taking Arnold Schwarzenegger’s lead, the action flick played to the testosterone audiences to come in third with $25.3 million.

That knocked Toy Story 3 down to fourth place, but the third installment is still getting good word of mouth and brought in $22 million.

The Last Airbender drops from second place to close out the top five with $17.15 million. Grown Ups, Knight & Day, The Karate Kid and The A-Team maintain the same order as the last two weeks, with Indie flick Cyrus holding its own in tenth as it continues to branch out into more theaters.

Read on for more Despicable Me