Roman Polanski will not be extradited to the US to face decades-old rape charges. 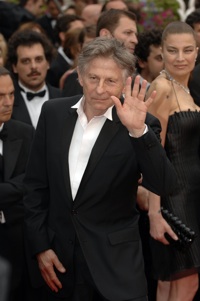 Swiss authorities freed Roman Polanski after deciding the US extradition request lacked legal strength and was not valid. The Swiss Justice Ministry stressed that their decision was in no way a determination of the director’s guilt or innocence.

Justice Minister Eveline Widmer-Schlumpf said their decision was based in large part on the fact that US authorities failed to provide key confidential testimony regarding Roman Polanski’s original sentencing procedure in the late 1970s.

Roman Polanski is now free to leave his Swiss ski chalet, where he had been held on house arrest, and return to his home in France. French Culture Minister Frederic Mitterand expressed relief over the resolution, saying Polanski had been “thrown to the lions for an old story that doesn’t really make any sense.”

“It is an enormous satisfaction and a great relief after the pain suffered by Roman Polanski and his family,” said Herve Temime, an attorney on Polanski’s legal team.

No comment from Polanski’s rape victim, who was 13-years-old at the time of the attack. Roman Polanski had acknowledged having sex with the girl during a modeling session in Jack Nicholson’s house but fled the US on the eve of his sentencing after it appeared the judge and prosecutors would renege on a previous agreed upon plea deal.

The victim publicly forgave Polanski in 1997 and became a compelling defender during the extradition proceedings. “I have survived, indeed prevailed, against whatever harm Mr Polanski may have caused me as a child,” she said. “I got over it a long time ago.”

The victim filed a formal request with the LAPD to drop all charges.

Roman Polanski directed such lauded films as Rosemary’s Baby, Chinatown and The Pianist. His second wife, actress Sharon Tate, was brutally murdered by members of the Charles Manson cult. He later had a relationship with a then-15-year-old Nastassja Kinski.