Kyra Sedgwick and The Closer have returned for the hit show’s seventh season. With The Closer’s new season comes a major change to the LAPD’s fictional Major Crimes Division including a new high-tech building. Sedgwick’s onscreen team has changes brewing that go beyond finding their way around new digs. It seems their Chief Pope (JK Simmons) could possibly be the new Chief of Police. 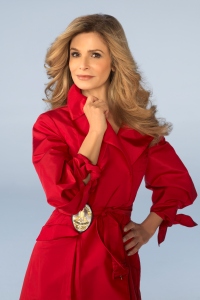 Kyra Sedgwick is an award-winning actress who paved the way for other award-winners to make the transition from film to television. With TV’s new golden age, the likes of Glenn Close (Damages), Holly Hunter (Saving Grace) and Jada Pinkett Smith (HawthoRNe) have all made the leap to TV and proven that the medium is a haven for talented and underused-in-movies actresses and actors.

Sedgwick sat down for our annual chat to not only dish the new season of The Closer, but also to talk about her family and whether her daughter Sosie or husband Kevin Bacon will return to the set of The Closer in the coming year.

SheKnows: In the new season, the Major Crimes Division is having trouble with your new building. How did that affect the show?
Kyra Sedgwick: It was fun for the writers to go in there and talk to the real cops and get a sense of what they’re struggling with.

SheKnows: You are entering your seventh season as Brenda Johnson, ever think you’d be Brenda this long?

Kyra Sedgwick: I never could imagine what it’s like to do a role for this long, because I think it’s a completely unique situation. I don’t think that anything other than television could ever sustain this kind of work as an actor. Even if you’re doing a play for six years, you’re still doing the same play. So it’s always a new script. And I think one of the great things about Brenda is that she actually doesn’t change. I think that things change around her. Characters come in that bring out something in her that we’ve not seen before. You see in the first episode, (it) brings out things in her that we enjoy seeing.

SheKnows: How do you think Brenda has grown over the years?

Kyra Sedgwick: I think that for someone who’s so utterly self-aware about what makes other people tick — she’s completely not a self-aware person. I don’t think she has any interest in growing as a person. That’s what I kind of like about her is that she doesn’t really change all that much. 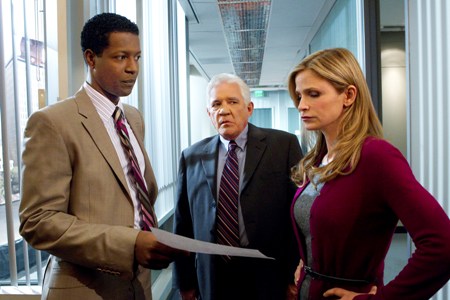 SheKnows: There’s a balance of funny and fierce on The Closer, do you agree?

Kyra Sedgwick: Very much so. I don’t think I would have taken it if it was all drama all the time. I think that it’s really important to have a sense of humor. Cops have a great sense of humor [laughs], most of them. You know they just have to — they have to have some levity in the darkness of what they do. I really wanted to show — I really felt very strongly — that if I were to do TV, it had to be that the characters had to be accessible. And in order for someone to be accessible, you have to have a certain sense of humor about yourself. And also, I wouldn’t want to watch something that’s all dark all the time.

Up next…Kyra Sedgwick speaks about husband Kevin Bacon and whether audiences can expect the couple to re-team on The Closer.