After hearing his recent tirades against the mother of his child, it should come as no surprise to learn Mel Gibson is being investigated over domestic abuse allegations against Oksana Grigorieva. 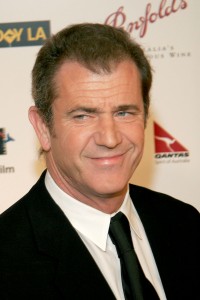 The incident being investigated stems from an alleged attack on January 6, where Mel Gibson is accused of punching Oksana, resulting in broken teeth and a concussion. He also allegedly threatened to bury Grigorieva in the rose garden of his mansion.

People.com reports the investigation began after Oksana contacted the Los Angeles Sheriff’s Department. According to the department’s spokesperson Steve Whitmore, “The allegations were brought to our attention from the alleged victim. We interviewed her on Monday. We were first contacted several days before that. When the investigation is completed, which could take up to a month; we will then turn the case over to the district attorney’s office for consideration, which is a routine procedure.”

Mel Gibson’s case is being handled by the same sheriff’s substation that dealt with the actor during his infamous 2006 drunken driving arrest.