The American Idol tour has been cut short by two weeks, just days after it kicked off. 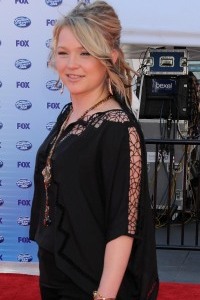 Eight concerts, which feature American Idol’s top ten performers and is headlined by this season’s winner Lee DeWyze and runner-up Crystal Bowersox, have been dropped by their promoter, Live Nation.

Shows have been canceled in Omaha, Nebraska; Kansas City, Missouri; Winnipeg, Manitoba, Canada; Toronto, Canada; Buffalo, New York, and Cleveland, Ohio, while shows have been moved up in cities including Des Moines, Iowa; Minneapolis; Chicago, and Toledo, Ohio. The tour will now end on August 31 instead of September 16 as originally scheduled.

American Idol publicists declined to comment on the reasons for the tour’s truncation and, to be fair, Idol is in good company. The Jonas Brothers, the Eagles, Christina Aguilera, Rihanna, John Mayer, and Limp Bizkit have all been forced to scale back their summer concert dates in recent months and last week Lilith Fair, Sarah McLachlan’s all-female touring music festival which was resurrected for the first time since 1999, announced it would cancel a third of its scheduled dates.

Some observers, including Billboard magazine, cite high ticket prices and resistance to booking fees as a reason for a slump, while other tours are said to have suffered from lack of promotion or little new material from artists.

Has anyone considered the fact that America is still caught in a crushing recession and blowing 75 bucks on tickets isn’t the wisest way to spend your hard earned cash? Especially when it’s to see people sing other people’s songs that you’ve already watched them perform on TV? That’s what DVRs are for.

Not to mention, this was, without question, one of the weakest Idol seasons ever. It was as if Simon Cowell had already left the building. The finale, though viewed by 24.2 million, was still the show’s lowest-rated since 2002, down nine percent since 2009.

Following the show, only Lee DeWyze and Crystal Bowersox have signed record deals and DeWyze’s US chart debut was at a lowly number 24.

Without a strong crop of singers, we’re shocked the Idol tour has filled as many arenas as they have. Only cutting eight shows seems like a generous gift, in truth.