Don Johnson took to the Los Angeles Superior Court, claiming he deserved half the earnings from his 1996-2001 series Nash Bridges. Now, a jury has supported Don Johnson’s claim, awarding the Miami Vice alum a settlement of $23.2 million from Rysher Entertainment. 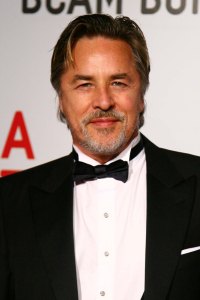 “I would’ve preferred to never have gone through it, but you have to take a stand for what’s right and what’s just and what was contracted for,” Don Johnson told The Los Angeles Times. “As an artist, it’s just important for me to keep going forward and doing my work.”

During the course of the hearing, Don Johnson explained how his history on the hit series Miami Vice had allowed him to negotiate the amazing contract with Rysher Entertainment and that as half-owner of the Nash Bridges copyright, he deserved half the show’s earning. What’s more, the complaint noted that with Nash Bridges airing in repeats worldwide, Rysher is still profiting from the show.

Rysher countered that Nash Bridges, the brainchild of Lost‘s Carlton Cuse, was too costly a production to ever create real profits. They also noted that Johnson had already been paid tens of millions of dollars for his work as exec producer and star.

Rysher attorney Bart Williams went on to question why Johnson waited almost a decade to file the suit and suggested that in light of his lackluster career, Johnson was attempting to change the terms of his contract.

Johnson won the jury over, with an 11-1 verdict, and was awarded $23.2 million, but Williams contends this isn’t the end of it. “We are ready to undergo the appeals process and are confident that in the end, today’s outcome will be reversed,” Williams said in a statement.

This big win for Johnson comes just days after the British production company Celador was awarded $269.2 million for Who Wants to Be a Millionaire in a federal case against the Walt Disney Company.