Jennifer Nettles phoned SheKnows from the road where Sugarland is currently on tour exposing audiences to material from their upcoming new album, The Incredible Machine, as well as their entire catalog of smash hits. Sugarland hits Los Angeles July 8 at the historic Greek Theatre before heading on to nine more cities while they put the finishing touches on their The Incredible Machine album, due October 19. 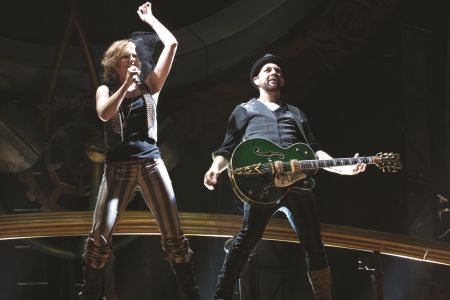 Sugarland has sold over 8 million records and are honestly, just getting going.

SheKnows: You guys are on a tour right now. How’s the tour progressing?
Jennifer Nettles: It’s great. We’re actually doing two things right now. Currently, as you are catching me, we are out on the Lilith Fair tour, which we’ve been on for a week now. It is exciting. It’s the first time it’s back after 10 years. We are out also on our own tour promoting our record that is coming out in October. 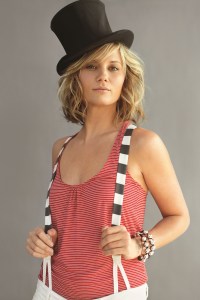 SheKnows: The new album, are you done with it? Tinkering still? Because I know you have the new single coming out on July 26, Stuck Like Glue.

Jennifer Nettles: We’re at the very tail end of the album right now. We’ve finished the mastering process and are in the process of doing the sequencing — the order that you put the songs. Let me tell you something [laughs], it is not the easiest thing to choose. You move one song around and it can change the whole vibe or tone of the record. You would think it wouldn’t be that powerful, but it is and we come from a real album background where you consider the whole journey from top to bottom. We actually even think about where you would flip the album [laughs]. It may be a bit antiquated for some people — but it really is part of the joy of what we do.

SheKnows: Tell us a little about the new single, Stuck Like Glue.

Jennifer Nettles: It is unadulterated, shake-your-a** fun. It’s just fun and light-hearted. I think it’s exciting and dance-y. I hope it is an ear worm and sticks like glue, no pun intended [laughs]. I think summer is the appropriate time to put it out. It definitely feels fun and you would want to listen to it around the pool.

SheKnows: How did you guys meet?
Jennifer Nettles: We first met in the Atlanta singer-songwriter scene. We tend to think of these things as graduating classes. So, he was the class ahead of me [laughs]. By the time I was blossoming on the scene in Atlanta, he had gotten a record deal with Atlantic records. But in the meantime there were some cross-over times where we would be playing the same benefits or would meet up on writer’s night, so that’s where we first crossed paths. 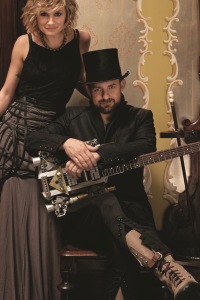 SheKnows: Did you notice something right away with him chemistry-wise?

Jennifer Nettles: No, it wasn’t immediate. It wasn’t until we sat down to write together. I thought he was a nice guy and talented. I appreciated his work. But, we were both so focused on our own things at the time that the sense of a creative spark wasn’t even an idea for either of us. It was only when we started writing together about 8 years ago that I really thought this could be something interesting to pursue further to see what happens.

From Georgia to worldwide superstardom

SheKnows: I’m so impressed with the songwriting scene in Atlanta and Athens, what is it about that area that is so fertile musically?
Jennifer Nettles: Honestly, I look at art and geography as sort of a wine vocabulary. The land itself, the soul itself, informs the grape. Consequently, it determines what the wine tastes like. That being said, I think that we are all products of the land and the area of which we come in much the same way as wine. It’s that kind of scenario. When I think of the South, it’s very ripe. It’s very hot. There’s sweat and there’s the food, the drawl, the very sordid and shameful and some ways triumphant history, the influence of the African American population, the influence of gospel music and blues, of country — all these different elements that come from being in such a hot-blooded, swampy, rich, ripe, fertile land. It is all part of it.

SheKnows: Lastly, when you hear Sugarland has six number one singles, does that boggle your mind?

Jennifer Nettles: [Laughs] It does. To hear you say it, I am definitely conscious and aware of the importance of radio and of getting up into the top five. The interesting thing about that in terms of fans and how listeners are concerned, one doesn’t always register what is a number one. For me, I don’t keep up with those sorts of baseball stats, if you will. I do love hearing that though [laughs]. The symbol that it is within our industry in terms of success, yeah, that’s pretty exciting.