Jessica Simpson has been dating the former NFL player, who played for the New Orleans Saints and San Francisco 49ers, for just over a month, after they met at a party in the pop star’s Beverly Hills home. 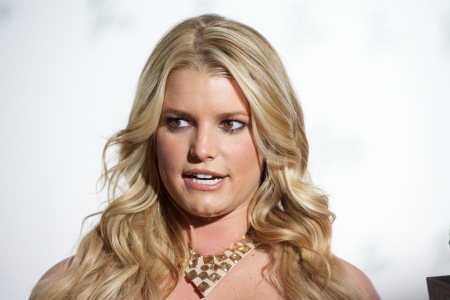 The couple seems to be enjoying the blissful first stages of love, as many “insiders” are giving gossip magazines the scoop on their PDA filled outings.

They’ve recently been spotted on a trip to Jacksonville, Florida, for Johnson’s grandparents’ 60th wedding anniversary, where US Magazine has learned, “Her hand was on his butt, and they walked slowly just to enjoy the moment. They looked cute together.”

While that could be considered proof that it’s true love, it seems Eric Johnson is indeed still legally married. The good news though is he did file for divorce in January from his wife of five years.

Has Jessica Simpson finally found the one (again) in a fellow divorced mate? Or will this go the way of her other former high profile relationships with the previously mentioned Lachey, singer John Mayer and Dallas Cowboy Tony Romo?