Sofia Vergara and Joel McHale announced this year’s Primetime Emmy nominations July 8 –- including Vergara’s very own Emmy nomination! The Pacific and Glee led the pack, but 30 Rock, Modern Family, Lost, Conan O’Brien and HBO definitely have something to smile about, too, this Emmy nomination day. 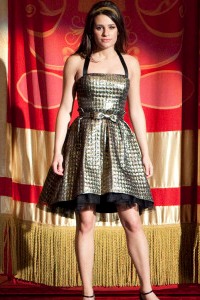 HBO took the lead among all the channels, landing 101 Primetime Emmy nominations, while ABC took the lead for the networks with 63 noms. For individual shows, Steven Spielberg and Tom Hanks’ The Pacific miniseries was the big winner, with 24 nominations.

Returning fave Mad Men nabbed 17 nominations, including writing, directing and a slew of acting nods, while the wacky teams at 30 Rock and Modern Family came in just behind with 15 and 14 nominations, respectively.

30 Rock is again up for comedy series, which it has taken the last three seasons, as well as writing and directing.

Tina Fey (Liz) and Alec Baldwin (Jack) earned nods for their lead status, while Jane Krakowski (Jenna) is up for supporting. Mad Men‘s Jon Hamm, Saturday Night Live‘s Will Arnett and Elaine Stritch landed nods for their guest stints on the show.

SNL actually managed to nab 12 nominations this year, including another nod for SNL alum Fey for her hosting gig. She’ll go up against funnywomen Betty White, Kristin Chenoweth, Kathryn Joosten and Christine Baranski in the guest actress category. 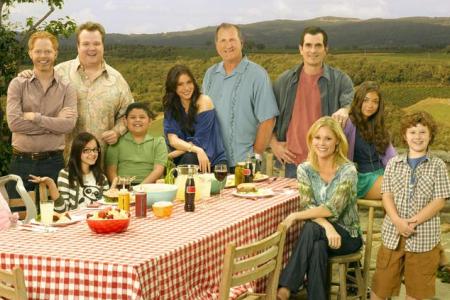 Lost was finally given its due for its final season, with 12 nominations, including best dramatic series, a best actor nod for Matthew Fox and actor nods for Elizabeth Mitchell (Juliet Burke), Michael Emerson (Ben) and Terry O’Quinn (Locke).

24 won’t get quite the send off, with only five Emmy nods this year, including one for Gregory Itzin (President Logan); while franchise-starter Law and Order walks away from its long reign at NBC with not a single mention.

The very short-lived The Tonight Show with Conan O’Brien got the last laugh at NBC, landing four noms, including nods for Outstanding Variety, Music or Comedy Series and writing. 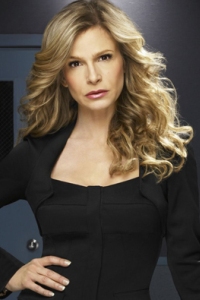 The funnymen set to battle it out for comedy lead are The Big Bang Theory‘s Jim Parsons (Sheldon), Curb Your Enthusiasm‘s Larry David (himself), Glee‘s Matthew Morrison (Will), Monk‘s Tony Shalhoub (Monk) and The Office‘s Steve Carell (Michael).

The 62nd Primetime Emmy Awards will air live coast to coast on August 29 on NBC from the Nokia Theatre in downtown Los Angeles.

The full list of 2010 Emmy Award nominees
Emmy Awards 2010: Who was snubbed?
Seen and heard at the 2010 Daytime Emmys