In Despicable Me, Miranda Cosgrove plays Margo, a character far from her iCarly title character. The iCarly star is adored by millions for her Nickelodeon show and will earn many more fans as the oldest of three orphan sisters who warm the heart of Steve Carell’s evil villain, Gru, in Despicable Me. 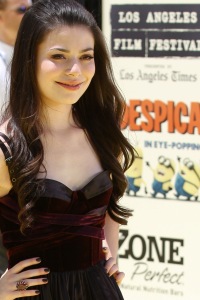 In Despicable Me, debuting in theaters everywhere July 9, Miranda Cosgrove found voice-over acting a challenge. Given the solitary nature of the process, it was a new and welcome test of her acting mettle.

Actors often sit alone in a recording booth and their co-stars are almost never met until the film’s premiere.

Miranda Cosgrove is a talented, up-and-coming star who is currently one of young Hollywood’s hottest. Cosgrove is also a singer, as her Columbia Records debut Sparks Fly premiered in April.

Audiences also should remember Miranda Cosgrove as she stole scenes (an impossible task) from her School of Rock co-star Jack Black.

iCarly made Miranda Cosgrove a star, but her character first caught eyes as the mischievous little sister on Drake and Josh.

Cosgrove’s performance was so powerful, she now commands her own show that bears the character’s name — iCarly! 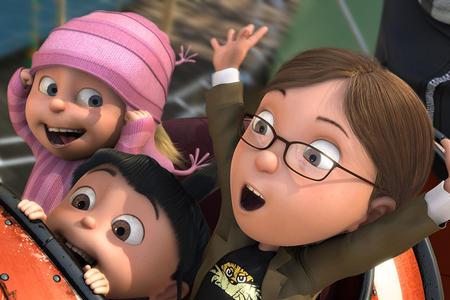 Miranda Cosgrove tells us exclusively in our Despicable Me video interview that her career in acting started in the most random of ways. She also admitted that when iCarly hit 12 million viewers during their most recent season, the entire set began dancing! Check out our full interview for the details!

Read on for more Despicable Me exclusives