It was difficult for Executive Producer Gary Randall to say goodbye to Saving Grace for many reasons. For Randall, working with a force of nature like Holly Hunter was a producer’s dream come true and the show itself raised the bar for writers and producers. On July 11, Gary Randall will once again set his sights high with the premiere of his new A&E police procedural, The Glades.

Randall has been in the business for 36 years, putting his stamp on hits like Any Day Now and Saving Grace. This time he has teamed up with longtime friend and The Glades creator, Clifton Campbell, to up the ante on the mass produced genre of police procedurals — this time it’s all about the characters. 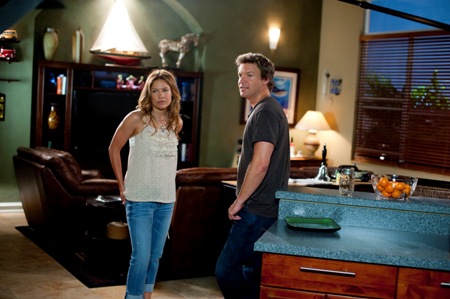 For years, Gary Randall has wanted to be a part of a show that was as much about character as it was about procedural and now he’s getting his chance. He’s promising a fresh take on the genre, mixing blue-sky appeal with actual character development.

Despite the level of difficulty filming in Florida under the sweltering heat conditions and maintaining communication in Los Angeles with various departments for the show, Gary Randall still managed to take the time to talk with SheKnows on the set. To say it was a privilege is an understatement.

On the set of The Glades

SheKnows: You wrap Saving Grace and The Glades falls into your hands.

Gary Randall: Yeah, the basic premise of the show is there’s this wisecracking, smart-ass, sarcastic homicide detective from Chicago, Jim Longworth. His captain in Chicago shot him because he thought Jim was having an affair with his wife. Turns out he was probably the only guy in the Chicago PD who wasn’t having an affair with her [laughs].

Gary Randall: He settles with the city of Chicago and has enough money to relocate to this small town called Palm Glade, Florida. He buys a beachfront property and plays golf. He realizes when he starts playing golf and hanging out at his house that he just can’t help himself from being drawn back into solving murders — it’s just in his DNA. So he joins the Florida Department of Law Enforcement.

SheKnows: You found your lead in Australian actor Matt Passmore? 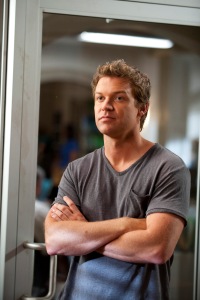 Gary Randall: We hadn’t quite found the right guy and we always look outside American actors. You just know when you’re in the room with the right girl or guy. He liked the material and thankfully we were able to pull it all together.

SheKnows: Talk to us about the lead character of Jim Longworth, who Passmore plays. He’s complicated.

Gary Randall: He’s very much his own man. He rivals at authority and he can’t keep a partner. He has a way of irritating people just by asking questions and figures if he asks enough questions he’ll get enough answers and be able to solve the crime.

Gary Randall: He meets a girl who has a pretty complicated life, Callie, played by Kiele Sanchez. She’s married to a guy in prison and raising a twelve-year-old son. She’s a practicing nurse putting herself through medical school, but she’s disillusioned with her marriage.

Gary Randall: With Jim Longworth, who is charming, she finds herself drawn in by him. Not only into hanging out with him, but as a surrogate father to her son. She also gets into his world of solving mysteries. What woman doesn’t love solving mysteries? So the two of them end up integrating with one another and end up solving cases together.

Gary Randall: He’s got this tremendously fun and engaging partner in Carlos Sanchez, who’s played by Carlos Gomez. He’s the medical examiner and the two of them constantly lock horns together on how to solve crimes. They’re also golf buddies and they really drive each other crazy on the golf course. We also found this delightful young man in Tampa…

SheKnows: Yes. We were casting in Tampa for someone to play the role of Daniel who is an intern to Carlos at the medical examiner’s office. He’s become the jack-of-all-trades. I mean Daniel will go and gather up all the information you need. He rides around on his Vespa and is just girl crazy.

SheKnows: Will he partner up with Jim Longworth?

Gary Randall: The objective is he will become a full time employee of the medical examiner’s office. He’ll be more actively involved with Jim and Carlos. 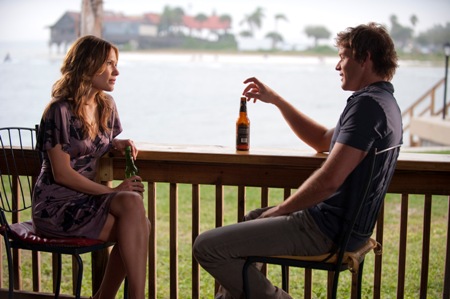 SheKnows: That will tick Carlos off!

Gary Randall: Oh, of course. He has the most encyclopedic knowledge of the most insane things possible. We did an episode where Jim needs an ornithologist. Neither Jim nor Carlos knows what kind of bird is involved in the case. Daniel knows exactly what it is and where it’s from. It irritates the crap out of Carlos because he always has the answer.

SheKnows: The Glades really is all about character.

Gary Randall: I think the way you differentiate your show is by creating unique characters who have unique settings. Palm Glade is meant to be a very different look of Florida than any of the other shows that have come before it and hopefully will come after it. Jim Longworth is a very unique character and his relationship with Callie is very unique. I don’t think there’s ever been a single mom with a husband in prison dating a cop. The whole character development has to stand out.

SheKnows: I want to congratulate you on taking character a step further and paying attention to the small details. 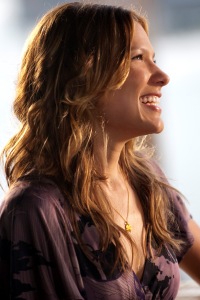 Gary Randall: Part of the job of being a producer is paying attention to the details. There isn’t a stitch of clothing that goes on the actors that I don’t see before it goes on — their props, what kind of watch they wear, or tennis shoes Jim wears.

SheKnows: You’ve thought of it all.

Gary Randall: The whole idea of using a golf club out in the field to sift through evidence emulated out of Jim being a golfer first and foremost.

SheKnows: Even the cars are specific to the characters.

Gary Randall: The cars became an evolutionary process. When we first set out with Jim we wanted him to have a muscle car as a cop, which is why he’s got a Charger. He’s a showboater so it had to have enough drive and be sleek enough to who he is. Then we went with blue because it reflects the blue-sky aspect of the show. The second we started talking about how Daniel arrives at a crime scene it just had to be a motor scooter.

SheKnows: [Laughs] I keep laughing but that’s what’s great about the show.

Gary Randall: I know! I said when he arrives at a crime scene he has to be splattered with bugs because that’s the truth of driving in this area on a motor scooter.

Up next: The Glades takes us inside shooting in Florida!