James Cameron’s Titanic is finally going 3D and the revamp will hit screens April 2012 to commemorate the 100th anniversary of the ship’s actual sinking.

James Cameron has been teasing the idea of converting his Titanic hit into a 3D experience and according to a report in the Los Angeles Times, it’s now officially in the works. 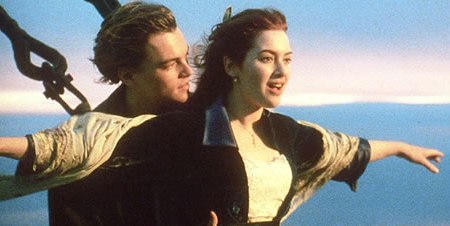 The Times story, which actually celebrates the 100th birthday of Titanic star Gloria Stuart, offers the release date in an offhand way, with no further explanation. The big reveal, however, has the media circuit buzzing.

Titanic was the top banking movie in history, until Cameron outdid himself with Avatar last year. While some critics may argue about the script of the epic romance, just about everyone agrees Titanic was a visually stunning and outstanding undertaking.

The re-release is set to come out just before the 15 year anniversary of the original Titanic, which hit theaters in December of 1997. This means a whole slew of moviegoers will be introduced to the epic romance on the big screen, but everyone is tittering over whether or not the 3D conversion will spoil things.

Critics and moviegoers alike aren’t always pleased with movies shot for regular viewing that are converted to 3D. While Clash of the Titans and Alice in Wonderland did well in theaters, for example, there were complaints that they didn’t measure up to films shot for 3D like, well, Avatar. 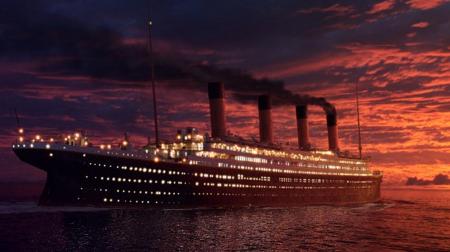 While Cameron has earned a reputation for breaking technological barriers, as Avatar evidenced, many remain skeptical about this relaunch.

The RMS Titanic was taken down four days into its maiden trip, on April 14, 1912, after hitting an iceberg. Speculation is that means the movie could hit theaters on April 10, in honor of Titanic’s launch; on the actual anniversary of its sinking; or even on unlucky Friday the 13.

Read on for more James Cameron