Playboy playmate turned reality star mom Kendra Wilkinson bares all in a new way: Wilkinson released a memoir called Sliding Into Home that covers all the bases. The book spans Kendra Wilkinson’s drug use and hospitalization to stripping, three-ways and how her time with Hugh Hefner helped put her back on track. 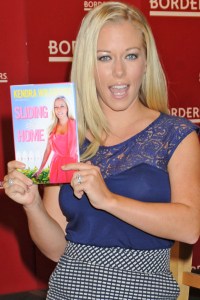 Kendra Wilkinson’s new memoir Sliding Into Home is literally divided into bases, with childhood as first base, her troubled teen years as second and her time as a Playboy Playmate as third. Now, at 25 years old, she’s a wife and mother and claims she has finally made it to the final chapter, “home base.”

Before Sliding Into Home hit stands July 12, the former Girls Next Door star had to reveal a few secrets to her mom, including her past as a stripper. Turns out, mom already knew about it.

“It wasn’t like I was a druggie stripper,” Wilkinson told the Today show. “I was a very good person doing it. But I was kind of still embarrassed about it.”

In her new memoir, Kendra Wilkinson talks about falling into drugs at 13, after her father abandoned her and her mother for the second time, and learning to rely on “coke, weed, acid, crystal meth, alcohol and whatever pills I could get my hands on” to remain in a haze.

“I was [intoxicated] all the time and when I was coming down, I got very depressed and angry,” Wilkinson wrote. “They allowed me not to think, because when I had time to think bad things happened.”

Those bad things included cutting herself and ultimately, even a suicide attempt that led to a stint in a psych ward. “For two weeks I stayed there,” Kendra Wilkinson wrote. “I felt like a crazy person. I got into a fight and they put me in one of those white rooms with rubber walls. I heard somewhere that you could overdose on toothpaste, so one night I tried to eat an entire tube. Nothing can describe my pain during that time more than the fact that I tried to overdose on toothpaste.” 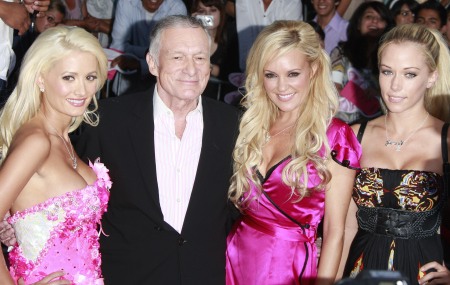 Sliding Into Home goes on to recount the wild ways of the Playboy manse and how tomboy Wilkinson stumbled into the glamorous, sexy world she’d previously known nothing about. Though she admits to feeling out of place and recounts some strange happenings, including her first sexual experience with Hugh Hefner, she also reveals what was good about that period and her relationship with Hefner.

“I felt special, loved and pretty. Isn’t that all a girl really wants out of a boyfriend? There was a world outside San Diego that I needed to explore — and I felt like Hef was the guy who would help me do that. Moving into the mansion when I was 18 felt like a spiritual event,” Kendra Wilkinson said in her biography.

That event eventually led her to her hubby, Philadelphia Eagles wide receiver Hank Baskett, her own reality show, Kendra, and motherhood, all of which Wilkinson calls home base.

At only 25 years old, Wilkinson is sure to have a lot more times at bat, but SheKnows is glad to hear she has finally found some safety.

Will you read her memoir?

Read on for more Kendra Wilkinson