It’s been a neck and neck race, but Lady Gaga has officially beaten President Barack Obama to the 10 million fan mark on Facebook. The 24-year-old singer is the first living person to land that many “friends.” 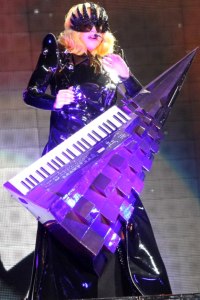 Lady Gaga can currently boast 11,065,406 Facebook friends who “like” her and after hitting the 10 million mark last week, she took to Facebook to thank all her supporters.

“Hi, this is Lady Gaga and I’m saying hello to all my little monsters on Facebook,” Gaga said in a July 2 video message. “I love you guys so much! I’m on the road right now, on my North American Monster Ball tour. Sold out across the United States and I’m so so excited to be traveling and coming to see you. So thank you so much for all of your love and your support and for sticking by me through the fame and the fame monster. I love you! Become my friend on Facebook. I’ll never forget you.”

While Lady Gaga has broken the record for living people, there are still some pages that outrank her. Michael Jackson has over 15 million fans and Texas Hold ‘Em Poker has already hit the 20 million mark, while Family Guy, Mafia Wars and Facebook have all capped 10 million.

Obama, whose page is actually run by Organizing for America, which is a special project of the Democratic National Committee, is close behind Gaga with an impressive 9,999,092 fans. 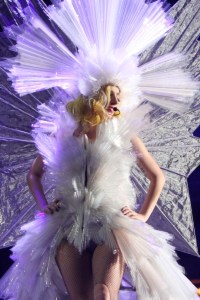 With this kind of following, it’s no surprise the performance artist just made the top five in Forbes’ Celebrity 100. According to Forbes, Lady Gaga ranks fourth, having earned $62 million, which includes television, magazine and internet appearances. Oprah Winfrey, Beyonce Knowles and James Cameron took the top three spots.