Jake Pavelka and Vienna Girardi got together for a reunion on The Bachelorette and it didn’t go well to say the least! 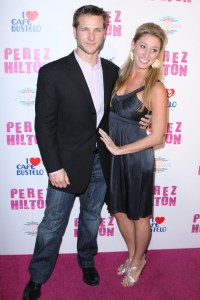 Jake Pavelka and Vienna Girardi have always been a controversial couple and their breakup was big news. Things have really gone sour now for this couple.

ABC got them to sit down for an interview which aired during The Bachelorette and Vienna Girardi confronted Jake Pavelka about all of his past behavior. Jake became very angry and the confrontation became heated with both throwing accusations.

What went wrong? Girardi says she stayed with him because she thought he was different. Now Vienna Girardi thinks he just wants an acting career. She said she was miserable and alone with the move to Los Angeles and felt that he emotionally abused her.

Jake Pavelka was furious with Vienna Girardi for selling her story to the tabloids for money. He also accused Girardi of cheating while he was away filming a guest spot for Drop Dead Diva.

Frankly, neither came across very well with their bitter arguments. Jake Pavelka appeared to be condescending and pompous, while Vienna Girardi interupted him constantly and played the drama queen victim. In the end, Pavelka angrily told her to stop interupting and she burst into hysterical tears before running off the set.

It’s hard to know who was telling the truth in that uncomfortable squirm-inducing fight. Okay readers, who do you believe?