Lindsay Lohan faces the judge on July 6 in a Beverly Hills, California courtroom to determine the fate of her DUI charge. Lohan’s up for a probation revocation hearing, but that seems unlikely. 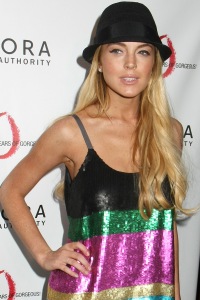 Close friends say that Lindsay Lohan thinks Judge Revel hates her. At the very least Revel must be getting impatient with her inability to complete her terms of probation.

If Lindsay Lohan is ordered jailed, she will be taken into custody immediately. The length of her stay will be determined by the sentence, Los Angeles County Sheriff’s Department spokesman Steve Whitmore said. He said inmates serving nonviolent offenses typically serve about a quarter of their sentence, although several factors are considered.

Sometimes celebrities think that money and a good lawyer can fix anything. If Lindsay Lohan does get off, she’s probably looking forward to having the ankle alcohol monitor removed. She’s had to wear that since May. Even then, she still has to be questioned about drug use three years ago.

Stay tuned to SheKnows to see what happens next!