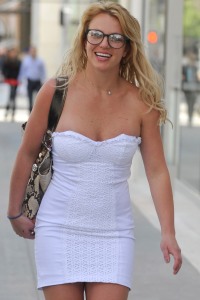 Britney Spears is reportedly being investigated on allegations by her former bodyguard, Fernando Flores, that she abused her two sons, Sean Preston and Jayden James.

According to the British paper The Sun, Flores said Britney Spears beat one of her young sons with a belt, and fed them both food they were allergic to which in turn made them violently ill. He also claims he had no choice but to resign from his job because of Spears continued “erratic” behavior.

Britney Spears’ camp fired back immediately, saying the claims were “simply not true. There are always people around Britney, nannies and such, so she is never alone with the boys, and would never even have the opportunity to do something like that. She’s very loving of the kids.”

Rather than place the blame on Britney Spears, the source believes Flores is just retaliating because he was fired from his job. Another unnamed source, who previously worked with Spears, said, “Britney may have been a little out of control of herself sometimes, but never would harm her babies, never in a million years would she hurt them.”

Perhaps not intentionally, but Britney Spears has a long list of highly publicized incidents where she made questionable choices when it came to her children.

In 2009, Britney Spears took the boys boating without life jackets. In 2008, Spears not only smoked in front of then 2-year-old Sean Preston, exposing his little baby lungs to second-hand smoke, but she allowed him to play with her lighter and packet of Marlboros as toys. Then, in 2007, Britney Spears was investigated for endangering her sons and allegations over their eating, sleeping and hygiene habits. Back in 2006, she was photographed driving with her infant son on her lap without a seatbelt, and then, of course, there’s that whole head shaving swan dive off the deep end she took three years ago which led to her losing custody of her sons in October 2007.
Britney Spears has since regained visitation rights, and co-parents the boys with their dad, Kevin Federline. But everyone wonders if and????????????? ?when she’ll snap again.

Britney Spears says she’s not concerned about the charges her former bodyguard has leveled against her because they’re totally untrue, but her track record would give most judges and critics pause. In the end, the only thing that really matters is that her kids are healthy and happy.