M Night Shyamalan has crafted an Airbender story in The Last Airbender that for many fans will not be the last journey into this magical, mysterious and magnanimous world. In fact, Shyamalan ends his first epic on a cliffhanger that is devilishly delightful.

The Last Airbender had the unfortunate distinction of coming out during the same 12-month period as that James Cameron film that everyone fawned over. 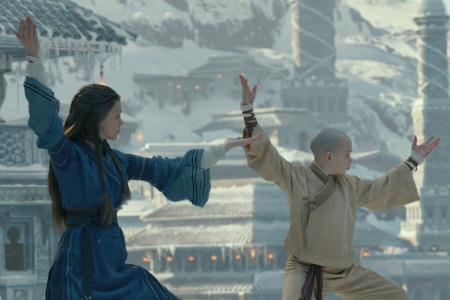 Will that fact hurt the film upon its release? Will fans of the TV series line up in droves to see the big screen adaptation of the story that they adore?

Judging by the line around the theater for the few open seats that were available after the press took their seats at the screening SheKnows attended in Studio City, California, the answer to the latter is a most definite yes. The answer to the first question is still yet to be determined and largely will be decided by reviews such as this one and word-of-mouth.

All the right elements

To quote a viewer leaving the screening SheKnows attended, “That is everything you want from a movie.”

In fact, it is with The Last Airbender’s combination of action, humor, moral, romance and eye-popping special effects, that it truly pleases — slightly.

Industrial Light and Magic has always paved new ground. The special effects house founded by George Lucas is all over some of Hollywood history’s most renowned films. In The Last Airbender, ILM takes and triumphs in the challenge of giving the effects their own distinct characterization to reflect the peoples they represent.

Water moved at will, fire tossed from afar, the earth culled to protect and defend — these are three-fourths of the elements and peoples at the heart of The Last Airbender. The final piece to the peace puzzle is the mover of the air, of which the Avatar of the TV title comes into play. The Avatar is the source of what connects the world in harmony. At the beginning of The Last Airbender, Nicola Peltz’s Katara discovers a little boy in an ice shield who may hold the secret to restoring order to the planet.

Caught in the tsunami of 3D films that are banging box office bank, The Last Airbender is honestly enhanced enough to warrant the conversion. Speaking of James Cameron and his Avatar, we will give him this: There is a distinct difference in the visual quality of a film shot with a 3D camera versus the conversion method.

Some things are missing. As is the case with stories that come from extended television series or books, the ability to fully capture the character essences is minimalized in a screen adaptation. The Last Airbender suffers from this problem. We wanted more from characters tossed into life-changing events than was achieved. The hints of an epic are all over The Last Airbender.

Directing child actors is a difficult task. Steven Spielberg has made an art of it. M Night Shyamalan has always excelled in this arena. Who could forget The Sixth Sense or Signs’ children and their roles in moving the suspense and thrills of an M Night Shyamalan film? 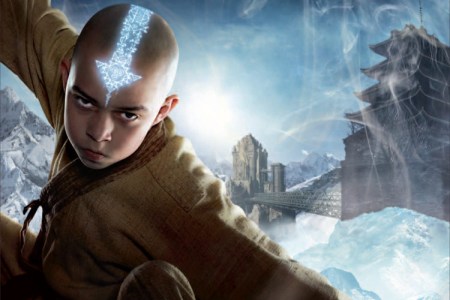 In the first moments of the film’s first act, it is not only the child actors, but the entire cast who seems to slowly warm to their characterizations.

M Night Shyamalan, to this reviewer, is a wizard of cinema for two of his first three films. The fact that he sought to write and direct something so beloved as Avatar: The Last Airbender, is a tribute to his belief in his abilities as a filmmaker. But, that is perhaps where he went ajar.

The Twilight Saga: Eclipse
Knight and Day
Get Him to the Greek