Steve Carell will be leaving his hit show The Office after this, its seventh season — but cast mates say the show will go on. 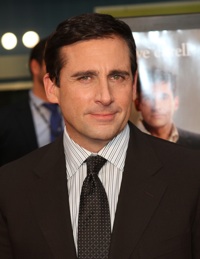 Carell, who plays inept boss Michael Scott, broke the news at the premiere of Despicable Me.

“I just think it’s time,” Carell told E! “I want to fulfill my contract. When I first signed on I had a contract for seven seasons, and this coming year is my seventh. I just thought it was time for my character to go.”

Steve Carell just wants to spend time with his family and is sure the ensemble cast can keep on without him. “They’ve incorporated so many new characters and so many new, great storylines that I have no doubt it’ll continue as strong if not stronger than ever,” he said.

His costars say he’ll be missed, but it doesn’t necessarily spell the end of the show. Says Melora Hardin, who plays Michael’s ex-girlfriend and former boss Jan Levinson, “I think the fact that [Steve] has stayed as long as he has is plenty great. He’s certainly a wonderful part of the show, but the show will be able to go on without him. We’ll all miss him of course. He’ll probably come back and say hi every now and then.”

Kate Flannery, who plays single mom Meredith Palmer, says, “I think it’ll be an interesting challenge. We have the greatest writers on TV, so I’m sure they’ll come up with something interesting.”

Steve Carell won a Golden Globe and was nominated for three Emmys for his role on the show.

read on for more tv news